As a soon-to-be graduate, Morgan Ingleright will be returning to Mercer University to pursue a master’s degree in organ performance.

Ingleright, who majors in organ on the performance track, said she is excited to be moving on to a master’s degree.

After graduation, Ingleright will get married and move into a house in Macon with her fiancé Allen Morgan, who she has known since they were both freshmen at Mercer pursing music.

“After I finish my Master’s, I’m probably going to go on and get my doctorate,” Ingleright said. “Ultimately I would like to be a college professor.”

Senior bachelor of arts in music major Parker Van Riper will graduate next month and enter into an internship at Walt Disney World in Orlando, Florida.

Van Riper, who has been involved in organizations such as the Ballroom Dance Club, Alpha Gamma Delta and The Cluster, said she is looking forward to being a part of the Disney Corporation.

“I have always wanted to work at Disney, for Disney,” Van Riper said. “Disney World was a pretty big part of my childhood — that was where most of our really big family vacations when I was younger were. And there are a lot of special memories there.”

Van Riper will be a part of the Disney College Program, an internship program in which individuals work in front-line roles at the theme park.
Though she will be involved in customer service for the duration of her internship, Van Riper said she is also interested in auditioning for shows.

“I’ve always wanted to be the voice of a Disney Princess,” she said.

As a journalism and theatre minor, she said she would like to gain experience in both public relations and acting for the corporation.

Van Riper said having professors like Scot Mann and Richard Kowoski will prepare her for a career at Disney.

Van Riper said she is excited to get to Disney, where she has already established a foundation of friends who share her interest in entertainment.
Mattias Palm

In the summer after graduation, musician Mattias Palm will further his career in music by touring in his home country of Sweden.

Palm, whose parents are also classical musicians, has been playing instruments since he was two years old. He has played the violin and cello and is now a double bassist.

“What I like most about music is the ability to create something,” Palm said. “I like that it is the communication between an artist or a number of artists who are performing. It’s individual for every person who hears. Everyone gets a different experience, and you get to just share this moment together.”

Palm is grateful for the creativity he has seen from students and the helping hand he has received from professors at Mercer, specifically Kurt Muroki.

After the summer, Palm said he will be a part of the School of Opera Ensemble in Sweden where he will be involved in a tour of the opera “Cinderella.”

Palm is not sure where his musical path will take him, but he plans to enjoy every facet of his journey.

“I hope that I get to live a life where I meet a lot of interesting people, hopefully inspire people around me by performing and giving them experiences they didn’t expect and that they enjoy and hopefully help the people that can’t get out their emotions — maybe music will help them and just bring joy,” he said.
Roxy Bartz

As a graphic design major and tennis player at Mercer, senior Roxy Bartz will be moving to Sea Island, Georgia after graduation to become a professional tennis player for a country club.
“I’ve enjoyed the lectures and classes here, but it’s time to see what’s out there in the real world,” Roxy Bartz said in an email interview.
The senior, who minors in photography and business, said after she plays on the professional level this summer, she will move to Greenville, South Carolina to work with an advertising marketing firm, Erwin Penland.
Bartz is looking forward to being a part of the company because of its involvement with graphics, videos and photography.
“I would love to start off there as a graphic designer and move around the company to the different fields of advertisement, such as photography and film that is associated with design,” Bartz said.
She said that Mercer has prepared her for a career in graphic design.

Graphic design professor Steve Simmerman, Bartz said, is a Type A person.
“And [he] has made me a better graphic designer and has showed me lots of different techniques that separate me from everyone else in this field,” she said.
Bartz also said she is grateful for her time at a Mercer.
“We have spent four years here, and each moment has been a journey that has made me to the person I am today,” said Bartz. “It hasn’t always been easy, but even the rough moments will forever have an impacting effect on me for the rest of my life.”

Clay Mote
Senior Clay Mote, a vocal performance major, will be headed to Lawrenceville, Georgia after graduation.
Mote will act as an apprentice for Aurora Theatre during the 2016-2017 season.
“This position is ideal for someone who is coming out of college and wanting to pursue a career in the music theatre world,” Mote said. “The company is fantastic and produces some of the best professional shows outside Atlanta.”
As someone who has performed in many of Mercer’s events, the singer said he is fit for the challenges ahead.
“I have received some wonderful teaching and been given some remarkable performance opportunities during my time here at Mercer, and I feel very prepared to enter into the professional theatre world,” Mote said.
In addition to performing in some of the shows at Aurora Theatre, he said he will be working with the technological side, as well as in marketing and sales for the company.
“I’m really looking forward to doing what I love in a professional setting, and taking everything that I’ve learned not just at Mercer, but over the course of my entire education and completing my internship and then breaking into the professional theatre scene in Atlanta,” he said. 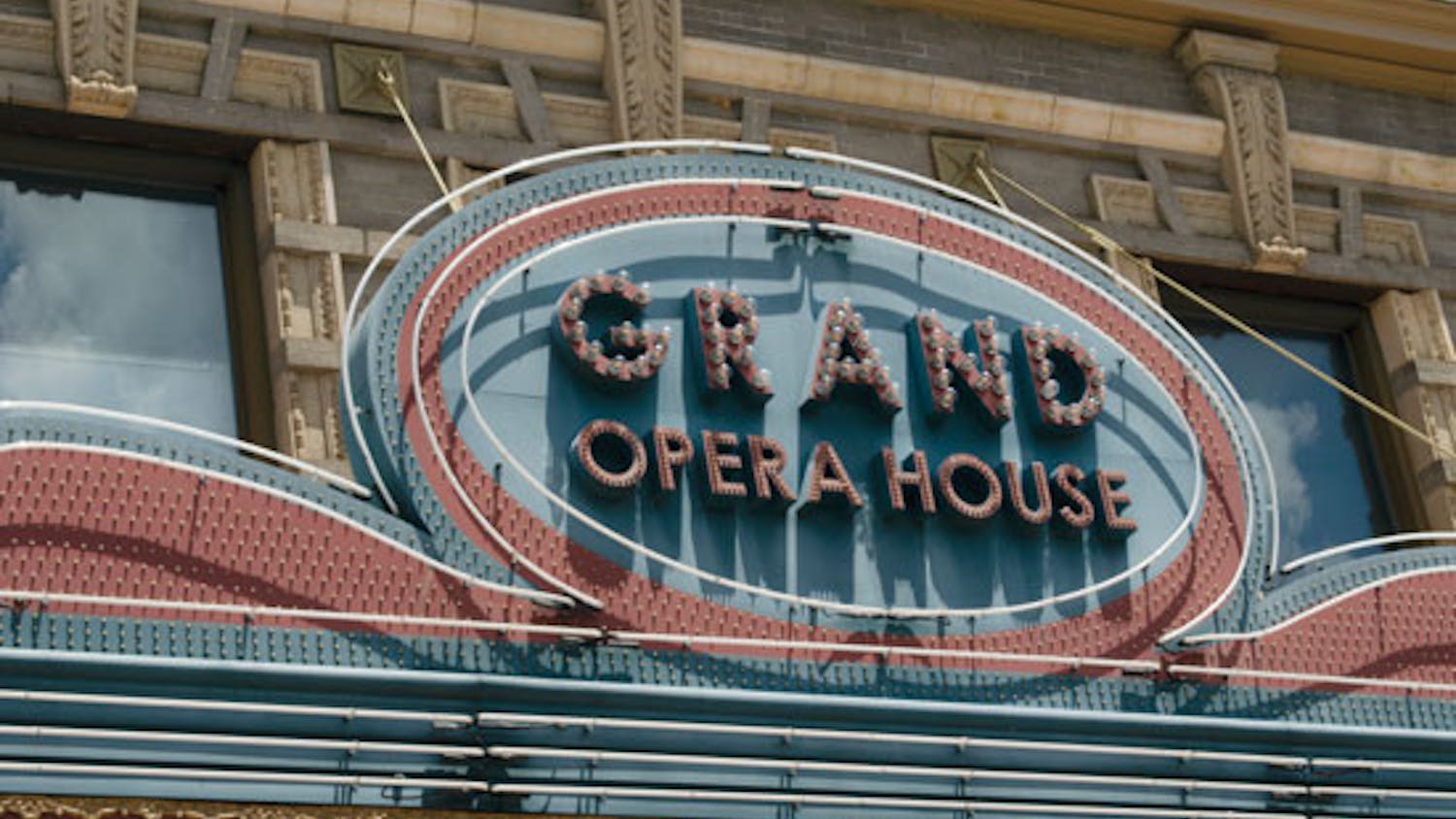