Player of the Week: Eric Nyquist

As a right-handed pitcher for the Mercer Bears, Eric Nyquist has had a phenomenal breakout senior season thus far. Last week, Nyquist was named Southern Conference Pitcher of the Week after recording a pair of victories on the mound. Nyquist is no stranger to this honor, which was bestowed on him as a junior as well. Last season, with a 3.12 ERA, four complete games and two shutouts, Nyquist was selected as a member of the First-Team All-Atlantic Sun. This season, having already recorded two wins and with a 0.56 ERA, Nyquist feels much more comfortable as a leading pitcher for the Bears.

“Confidence is the biggest thing for me,” said Nyquist. “Over the years, I've gotten more and more confident about throwing any of my pitches in any count to any hitter. I'm not afraid of the big moment.”

The Mercer baseball program has come quite a long ways since Nyquist’s inaugural season as a Bear. He is now in a position to pass on what he has learned over the years to younger players on the team.

“This program has grown into a very recognized, winning program since I've been here. We've beaten teams like Georgia Tech, University of Florida, Virginia Tech and other big baseball schools,” said Nyquist. “We've made a name for ourselves, but that only puts more of a target on our back. Everyone wants to beat the MU. We have a lot of young guys this year, so the rest of the seniors and I need to teach them how to bring it every single day.”

Sitting at 11-11 on the season so far, the baseball program has proved to be worthy rivals in the SoCon, yet the young team still has a way to go.

“We're constantly improving the way I hoped we would,” says Nyquist. “I knew we were going to struggle at times because we are so young, but I feel good about the way our team has come together with conference play coming up.”

As they approach conference play, Nyquist notes that consistency will be of utmost importance to his team’s success.

“Our team has shown that we can play very well, but there have also been times when we didn't play very well,” said Nyquist. “Our coach always talks about needing to be consistent, so once we put all the pieces together (offense, defense, and pitching), we're going to be a tough team to beat in the SoCon.”

When asked about the biggest influences on his career as a pitcher, Nyquist names Jake Peavy of the San Francisco Giants.

“He's just a high energy Bulldog on the mound,” said Nyquist. “Extremely competitive. Not the best pitcher in the League, but he's not afraid to pitch in any game.”

When asked about his post-graduate plans, Nyquist says that playing professionally is his ultimate goal. The Texas Rangers, Detroit Tigers, Chicago White Sox, Cleveland Indians, Los Angeles Angels and Philadelphia Phillies have all expressed an interest in Nyquist.

If playing professionally does not pan out for Nyquist, he plans on finishing his management internship and attending graduate school at Georgia State. 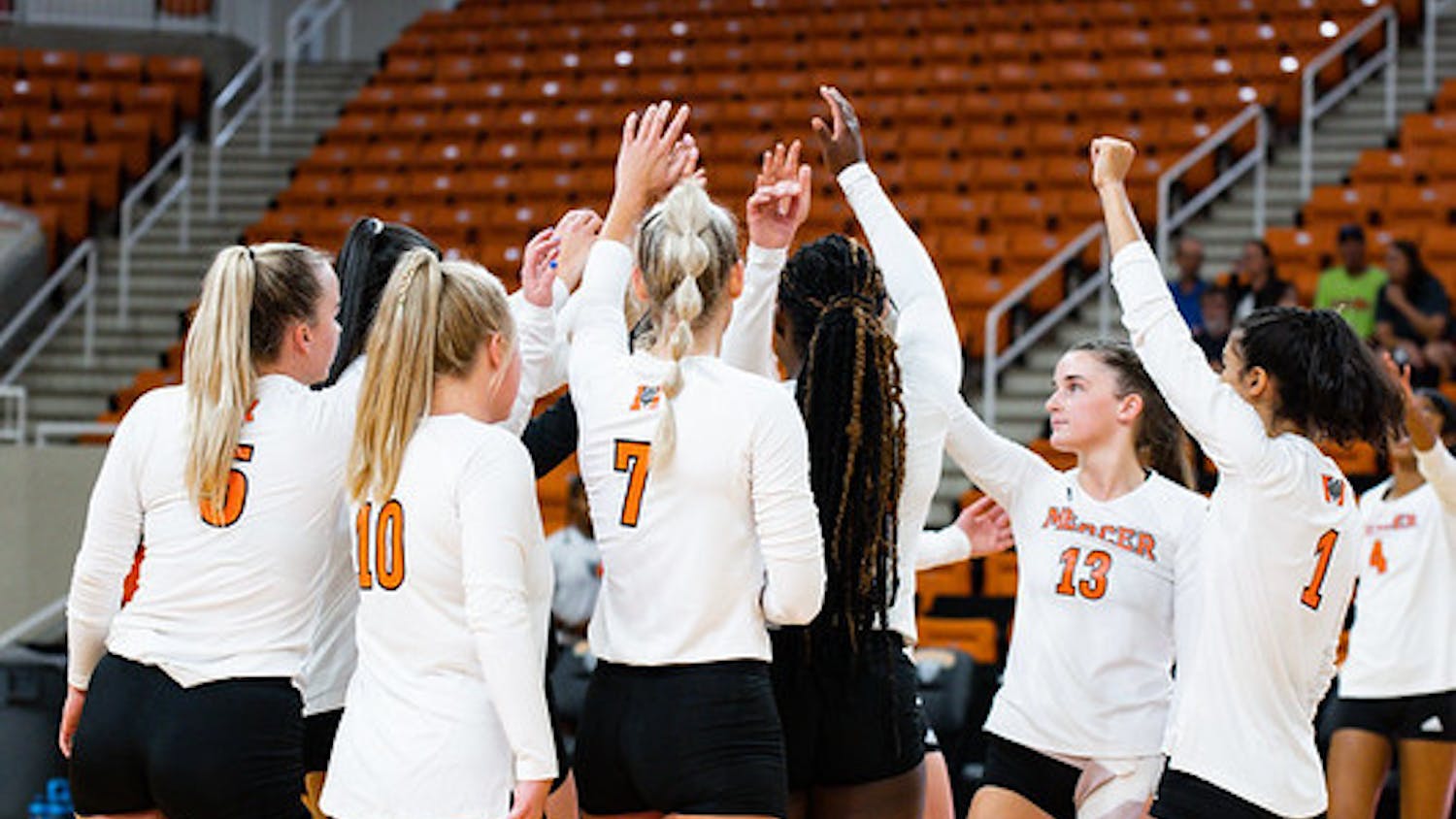 Mercer volleyball starts season with an even record