The College Hill Initiative wants to bring public art to downtown Macon. The Facade Squad and the Community Foundation of Central Georgia have answered the call with a mural located on a vacant commercial building on College Street.
Facade Squad began the process almost two years ago as they applied for a grant to fix what they deemed an eyesore in the community. MiLady Cleaners used to work from the building, but they closed down and left the building empty.
The Facade Squad felt the building needed some character and decided to apply for a grant to put a mural on the building’s side.
Facade Squad is a non-profit organization full of volunteers that believe Macon can be great. They strive to beautify Macon and put energy into their city.
“We see a need, find a way, and find the money to fix it,” stated Facade Squad Director Chris Kiker. To find the money for this project, the Facade Squad had to apply for money from the Knight Neighborhood Challenge Grant.
They applied initially two years ago, but failed to leave room in the budget for an artist. They had to resubmit the budget and then choose a design, a process which was completed in early spring 2012.
Then summer came and work had to be postponed so that the artist was not working in such a strong heat. After a long process, work began on the mural early this fall.
The mural depicts an older person tutoring a young student under a tent-shaped book. Around them there are fireflies and a night sky.
The scene takes place on a stack of books, with “Leaves of Grass” by Walt Whitman at the top and “A Journey to the Center of the Earth” by Jules Verne at the bottom. The work is supposed to represent community and exchange of knowledge.
“It is really a cool piece of work,” stated Kiker.
It is the hopes of the Facade Squad and the Community Foundation of Central Georgia that this mural is the first of an initiative to bring more public art to Macon.
“It was brought to us through the Facade Squad and it lined up with the College Hill Master plan,” explained Community Foundation Director of Donor Services Julia Wood. “There has been talk of public art in general and this was a good place to start.” The College Hill Corridor wants to increase public art in Macon and increase the visual appeal of the city through works with strong art content.
After the mural is finished, landscaping will be done around the mural to make it more attractive.
The mural will improve visual appeal of Macon and increase walk-ability from Mercer to downtown.
According to a work by Richard Florida, if a work with visual appeal is placed every so often along a path, people will be more likely to walk along it.
“We want downtown to look attractive so people want to move there and work there and exercise there,” stated Wood. 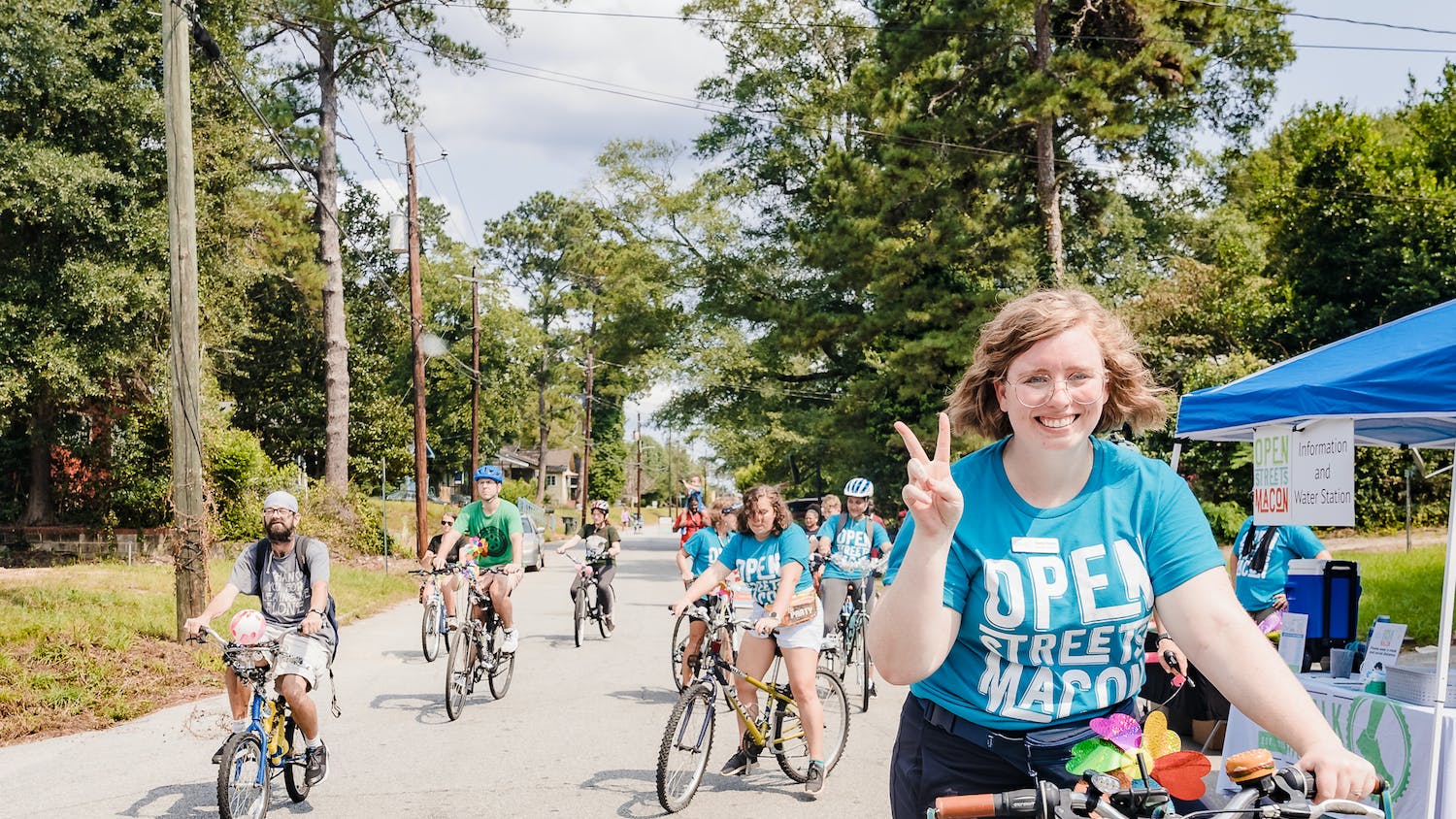