Skip to Content, Navigation, or Footer.
Our last print issue was published Dec. 6. Click here to learn more about the digital-only switch.
Editorial

Climate change: thinking of our days after tomorrow

The movie “The Day After Tomorrow” follows Jack Hall, a paleoclimatologist, on his a journey across America to reach his son. The road to saving his son is filled with a range of dangers that bring him to his limits. The largest and worst of his obstacles is the plague of a new Ice Age brought on by climate change.
When I first saw this movie several years ago, I was honestly scared half-to-death. I was a little girl with the definition of a hyperactive imagination, but I had no idea what climate change or global warming was. I was just innocently watching this movie because there was nothing else on TV. Tornadoes, hurricanes, massive snowstorms, flooding and other natural catastrophes could all be incurred just because the temperature went up by a couple degrees. How could something so minimal cause such a grand and lethal series of events? How could nature be so fragile yet so strong all at the same time? How could human beings be the cause of such… chaos?
More than 10 years after the release of “The Day After Tomorrow,” I would argue that the world has not changed that much. Just like Jack Hall and the world he resided in, I and so many others see what is wrong with the world when it comes to climate change, but many people in the world still disbelieve.
Little legislation has been enacted to alter global warming. Although more eco-friendly options are on the market for consumers to purchase as alternatives to the more environmentally-damaging ones, these products are still more expensive and not nearly as available. Today, many still do not know what global warming is or what horrific effect it has on the world around us.
That does not mean that people are not trying to fight against it.
Just a few weeks ago, the largest march in history to fight climate change stormed the streets of New York City. More than 300,000 people armed with banners, flags, floats, drums protested global warming under the name of the People’s Climate March. Among these thousands of people, celebrities also participated, including dedicated environmentalists Leonardo DiCaprio and Mark Ruffalo. The march was the first in a series of events held around the world that came ahead of the U.N. summit that would announce initiatives to restrict global warming. The People’s Climate March was designed to bring national attention to climate change.
It was successful in that and another endeavor.
There are many skeptics of climate change, citing the lack of reality in the issue. These skeptics will often jump to any conclusion they can to avoid tackling the troubles of global warming. One point they chose to mention pertaining to the People’s Climate March was the littering that the protestors committed. Photos of discarded trash populated social media almost as much as information about the march itself. Naturally, skeptics leaped at the idea and started to downplay the march.
Oddly enough, I cannot disagree with their views.
My problem with climate change, as with many issues that we face today, is the hypocrisy that can be found within those who want to help make things better. There just seems to be a minority of people who are truly dedicated and want to solve problems while the majority just want to be behind the scenes or, worse, accidentally hindering the process as a whole. For the People’s Climate March, this was the difference between the parents who brought their children to the march chanting, “We’re here as a family for the future of our kids,” and those who trashed the streets as if they were not fighting to stop damage to the environment.
Hypocrites aside, global warming is a massive problem. If gone unchecked, it can lead to more than just hotter summers and colder winters. “The Day After Tomorrow” could become a reality. Storms of all sorts could lay siege around the planet. A new Ice Age could happen. Millions of people would suffer and perish as a result. The world and humanity as we know it could all be destroyed… All because we did not make a change.
In the movie, Jake Hall cried out to so many in order to thwart climate change. He plead with the public, his colleagues and leaders all over the world to change their ways in order to save it. Few listened. Many more suffered. We don’t have to be that way.
Climate change is real. It is scary, but it is real. We cannot keep denying the truths that people like those who marched in the People’s Climate March or Al Gore or Bill Nye or that anyone keeps telling us. The world is changing. We are causing that change, and it isn’t in a good way. By our use of fossil fuels and non-renewable resources, we are torturing this planet and ourselves. We have the power to stop that. Only we can change climate change.
We cannot change today. In fact, we often do not try to. What we can change and should change are our tomorrows and our days after tomorrow. When we decide to do that, we can make changes for the better instead of the worse.

Send us your pet!
Popular
Is Mercer a party school?
ANALYSIS: Violence continues to rise in Macon. What can be done to fix it?
Kick off MLK weekend with the annual 'Living the Dream' march
Nervous about looking for internships? These tips will point you in the right direction
Beach volleyball finds new home in the Sun Belt Conference
Tweets by mercercluster
More
December 5 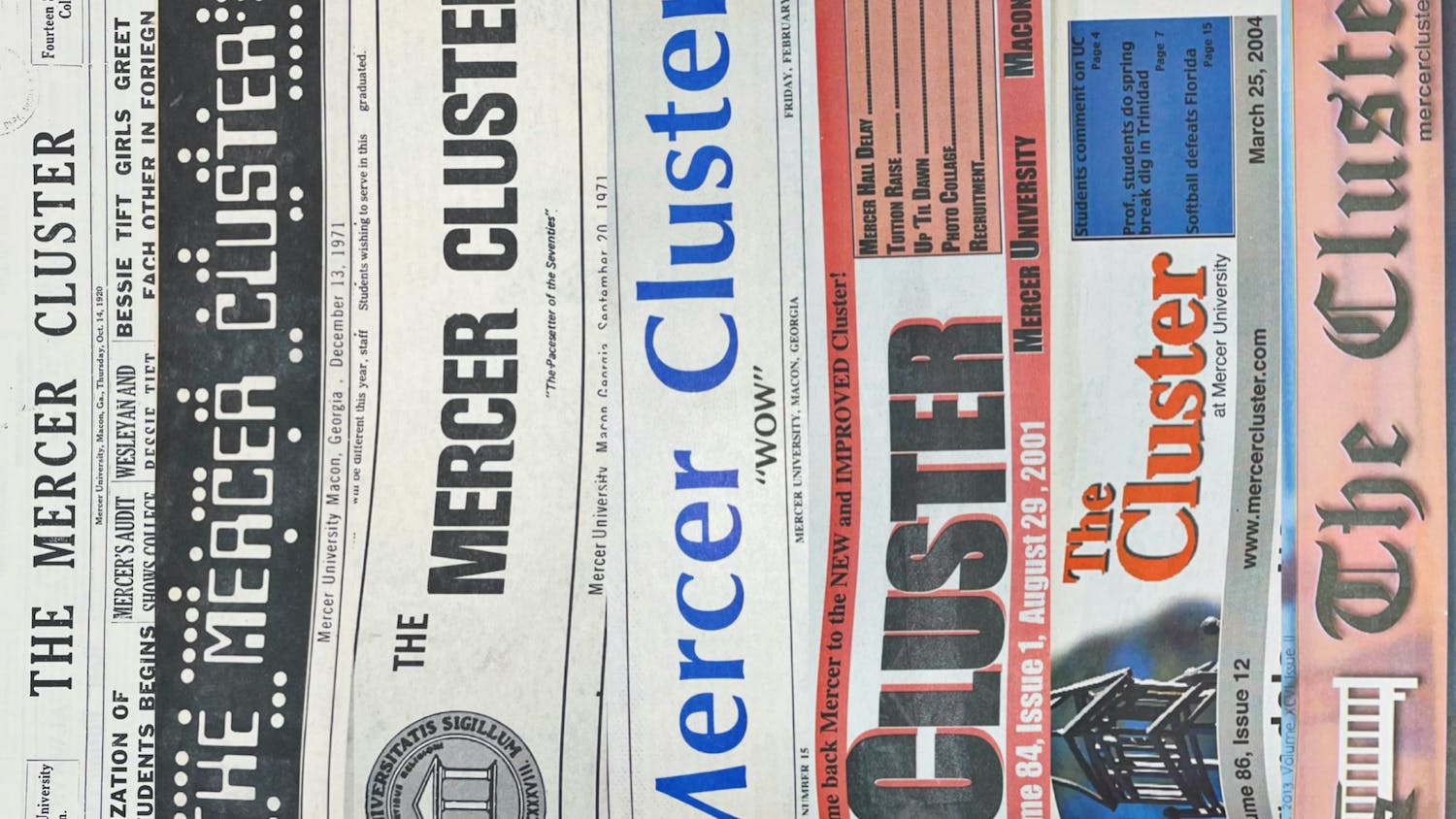