Two teams began a debate on March 26 and only one team will come out on top after the students vote for a new presidential pairing for Mercer’s Student Government Association.

“Overall, I think students know more and more about the candidates and I think they’re excited to know more,” said Joey Wozniak, current president of SGA. “I really hope this, if anything, kind of recharges SGA to realize we’re about the students.”

Both tickets shared their platforms with the audience and answered student questions submitted on paper.

On the Harrison and Jolly ticket, their platform consisted of three main points: collaboration, engagement, and responsibility.

Sarah Webster, the campaign manager for Harrison and Jolly, said she thought the debate went well and is anxious to continue to watch the campaign.

“I’m definitely a Harrison/Jolly fan, but I feel like the conversation was really fruitful and a lot of good things came from it,” Webster said. “I totally think that Boggs and Perella held their own though.”

Boggs and Perella’s three main points were to reform, revise, and involve.

Johnel Bowers, a Boggs and Perella supporter, responded to a quote he saw on Yik Yak that said that you wouldn’t vote for a President of the United States that has no experience in the Congress.

“Well we’re not voting for the President of the United States. We’re voting for the Mercer President and if you want a Mercerian who represents the student body the best ... that’s BoggsPerella2k15,” Bowers said.

The candidates received the ability to ask each other one question in a special round, and at the end of the debate, students were able to verbally ask questions directly to the candidates.

Both tickets said they were pleased with the turnout of students at the event.

“It’s great to see students out here really caring about it,” Harrison said. “It really makes us confident about our platform because our whole thing is getting students involved and connected, and tonight showed that they want to be involved.”

Issues Discussed in the Debate

The first question of the night concerned the budget and how the candidates expected to manage the money in SGA.

They plan to cut spending on certain events such as Founder’s Day and request more money from Mercer since it’s a growing campus, Boggs said.

Harrison, the SGA Fiscal Affairs Chairperson, said that people who know him well call him the “money-man” because he handles the money in many different organizations including SGA.

“I know how the dollar bill works,” Harrison said.

Harrison and Jolly have calculated the exact amount of money they will need next year and knows what they are going to do.

Jolly also added that all senators vote on fiscal legislation.

The question of how the candidates would manage their time to adequately accommodate for the time commitment it takes to be the SGA president arose twice during the debate, first to both candidates, then to Boggs and Perella.

Jolly said they have taken less time consuming rolls in the organizations in which they participate.

Boggs and Perella are student athletes and they said their coaches were on board with their decision to serve Mercer and would work with them.

“Words don’t even express the drive we would have for this campus,” Perella said.

Boggs and Perella are engineering majors and their junior year is the toughest, Boggs said. Their senior year will not be as strenuous, he said.

“I will be devoting all of my time and energy to this,” Boggs said.

Both tickets agreed that housing is a problem on campus and needs to be addressed.

Harrison said the new residence halls are coming and that the number one priority is that the student interests are served.

They understand that students came here for a small campus, and they plan to keep it that way, Harrison said.

Both tickets said that they would let the campus be aware of these issues to prevent them from happening.

Harrison said that they are already working to help by having the Walk a Mile in Her Shoes event on March 28.

A student asked the Boggs and Perella ticket how they are going to reform SGA if they do not know the policies already in place.

Boggs said that they have a good understanding of the functionality of SGA and how it works.

They plan to move to amend the constitution to have more senators because more man power allows more organization, Boggs said.

Harrison and Jolly were asked what they were planning to do to help the student involvement problem on campus.

Since students are busy, Jolly said they want to make a campus-wide calendar for organizations to put their events on to avoid double-booking.

This will allow students to attend more events because they won’t be scheduled on the same night, Jolly said.

The last verbally asked question was toward both of the tickets and asked about the candidates’ reactions and responses for when the administration tells them no.

Boggs said that since him and Perella are engineering students, they are used to doing research and bringing forth proposals to convince people of their projects.

They will do the same thing in the instance that the administration says no, Boggs said.

Perella added that they would let the students know what happened.

Harrison said they have a different approach to this situation.

They want to have the students and organizations most passionate about the topic with them in their meeting with the administration to have face to face interaction, Harrison said.

He added that they want to start having one SGA meeting a month in a different location and in casual clothes so more students will feel comfortable and want to come to meetings.

Boggs explained that if anything is changed about a building on campus that is not up to date with regulations, the whole building will have to be renovated.

Jolly said that their main idea with going green is recycling.

They want to put up recycling bins during tailgates and other campus events to encourage students and visitors to recycle.

She said they were not planning on renovating the buildings, but they are planning to have the new building built “more green” with technology such as light sensors.

Perella said they have already met with Douglas Pearson, the dean of students, and other faculty members and have began making those relationships.

Boggs admitted that they do not have as great of a relationship with the administration as Harrison and Jolly, but he said that doesn’t mean they are not going to make those relationships.

They have already started making those relationships and are still planning to develop them, Boggs said. 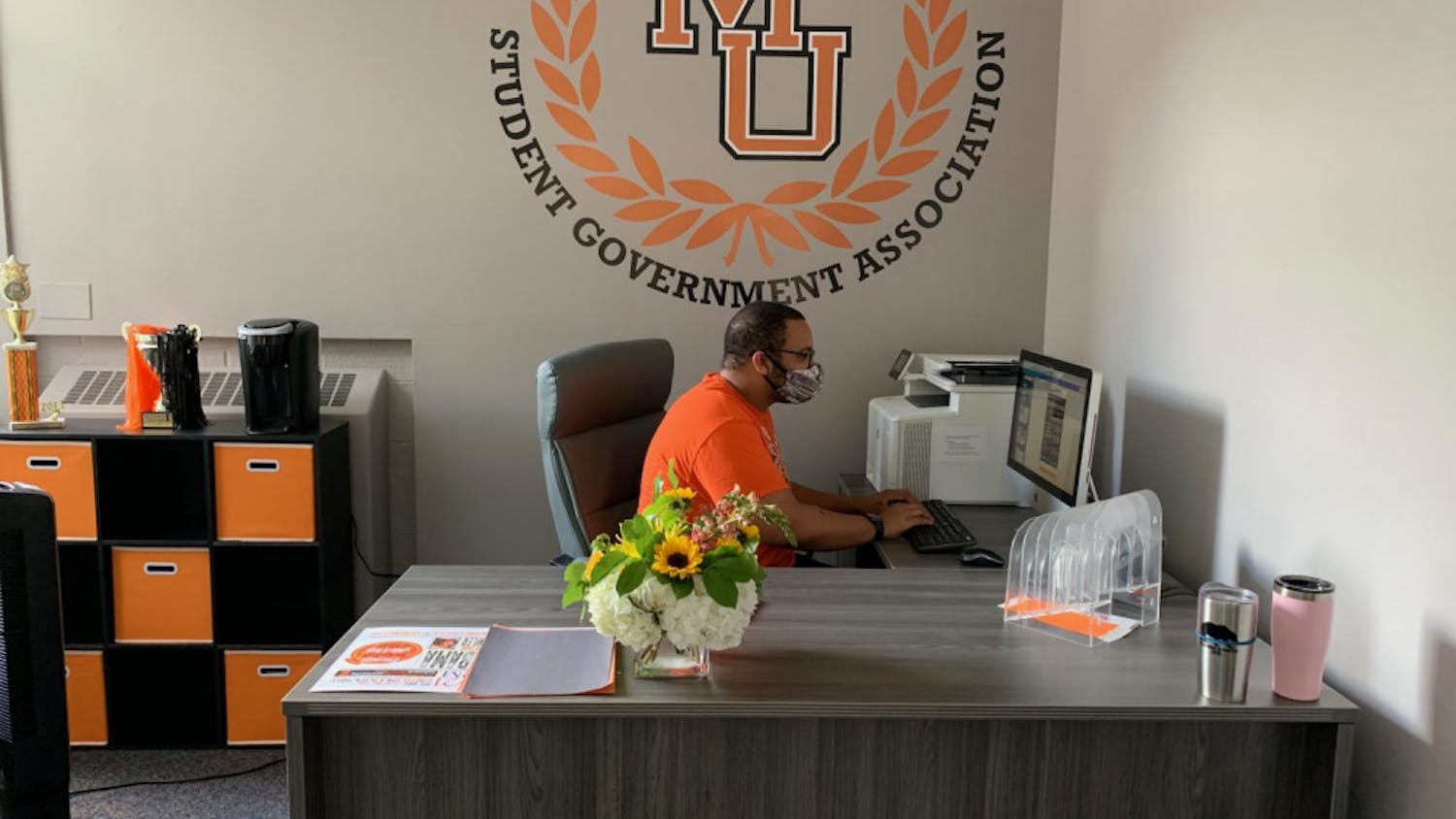 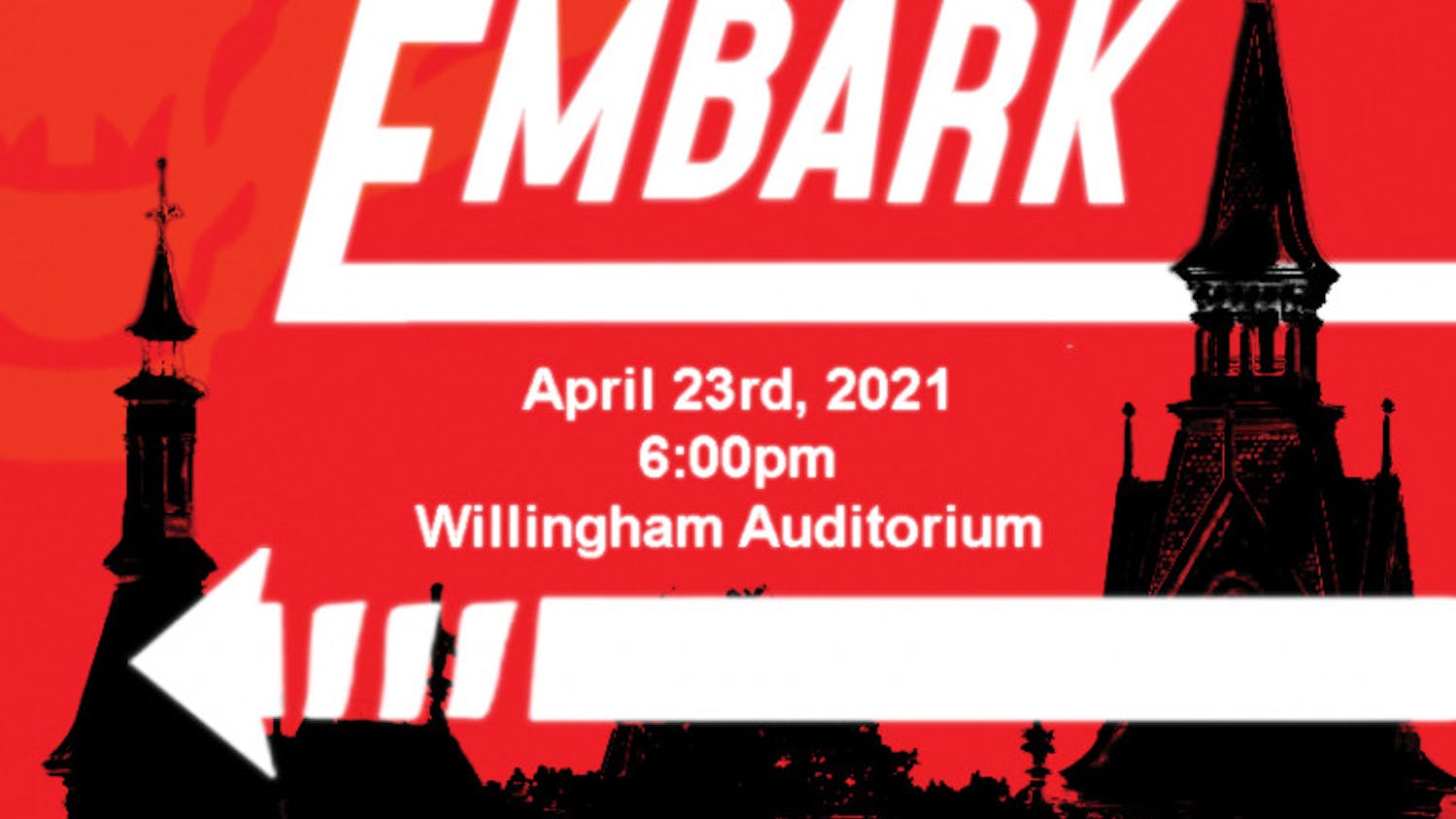 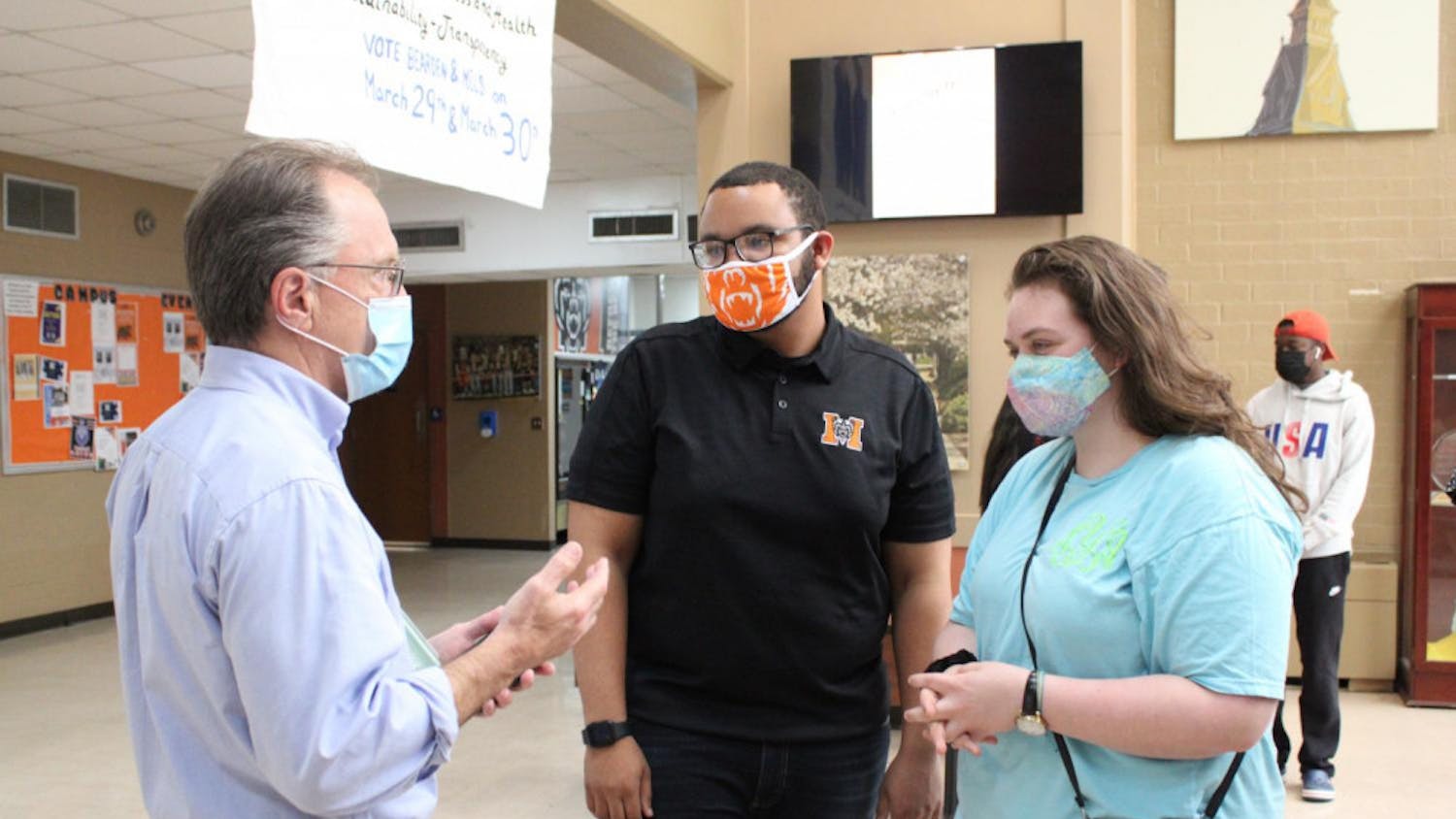