‘The Ruling’: This Tech needs to be a ‘W’ on the schedule

Starting the season 0-2 was a very real possibility for Mercer football -- it’s just a reality that didn’t need to come into fruition.

The Bears carried major momentum into the start of 2016 after winning two of their final three conference games in 2015, most notably against Chattanooga. For the first time, Mercer was finally on a level playing field in the scholarship department.

Wide receiver Chandler Curtis was returning from injury, and the team as a whole returned 20 of 22 starters. All of the talk was focused on one idea: winning a conference championship.

And while that goal is still very attainable, the Bears are going to be skating on thin ice after the season-opening loss to The Citadel. That trek continues Saturday when Mercer hosts Tennessee Tech at 4 p.m. on Family Weekend.

Sure, it’s early in the season. It’s not a conference game, either. You hate to call any outing a “must win” only three weeks into the season, but sometimes you have to break the rules.

So call me a rule breaker. This is a must win for Mercer.

More than anything else, the Bears need a win under their belt simply for momentum’s sake. After a home matchup against Tennessee Tech, Mercer takes conference road trips to VMI and Chattanooga.

While VMI ranked No. 8 on the Southern Conference’s Preseason Coaches Poll and has started the season 1-1, it’s still a road challenge against a team returning the league’s leading passer from 2015, Al Cobb.

The redshirt junior chomped through Mercer’s defense like it was a salad last year, accounting for 451 total yards and two touchdowns in VMI’s 28-21 win. At Mercer.

The Bears don’t want to travel to Lexington 0-3. In the grand scheme of the season, losing to Tennessee Tech would not affect Mercer’s chance of winning a SoCon title, but psychologically, it’s not an ideal situation as the team enters a vital two-game road trip.

Losing to Tennessee Tech is just another dent into the confidence the Bears vocalized entering the season. But a win against the Golden Eagles?

Well, that may just incite what we call a “winning streak.”

This may just be head coach Bobby Lamb if Mercer is victorious against Tennessee Tech.

A win over a quality Golden Eagles team would re-energize the Bears for the VMI road game, and then a win over the Keydets would propel Mercer into its vital matchup with Chattanooga -- which very well may be the game determining Mercer’s chance at a SoCon title.

But a loss against the Golden Eagles?

Well, that would continue what we call a “losing streak.” The Bears would be 0-3 to start what was a very promising season with the real possibility of starting 0-5 if they struggle on the road.

Nobody wants to see a loss Saturday, because as Vince Carter once said bluntly, it might mean this season is "over."

Send us your pet!
Popular
Is Mercer a party school?
ANALYSIS: Violence continues to rise in Macon. What can be done to fix it?
Kick off MLK weekend with the annual 'Living the Dream' march
Nervous about looking for internships? These tips will point you in the right direction
Beach volleyball finds new home in the Sun Belt Conference
Tweets by mercercluster
More
November 24 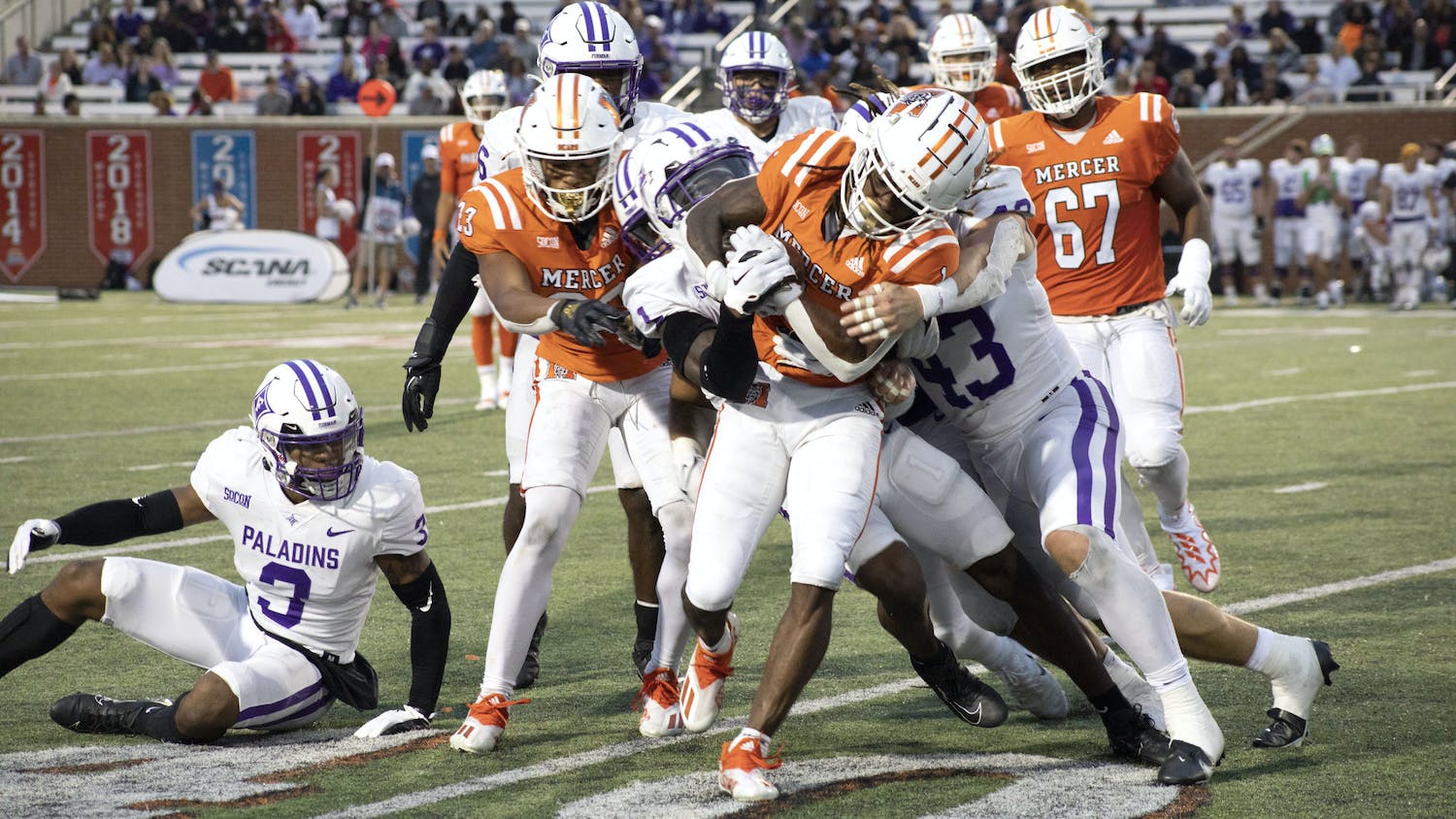 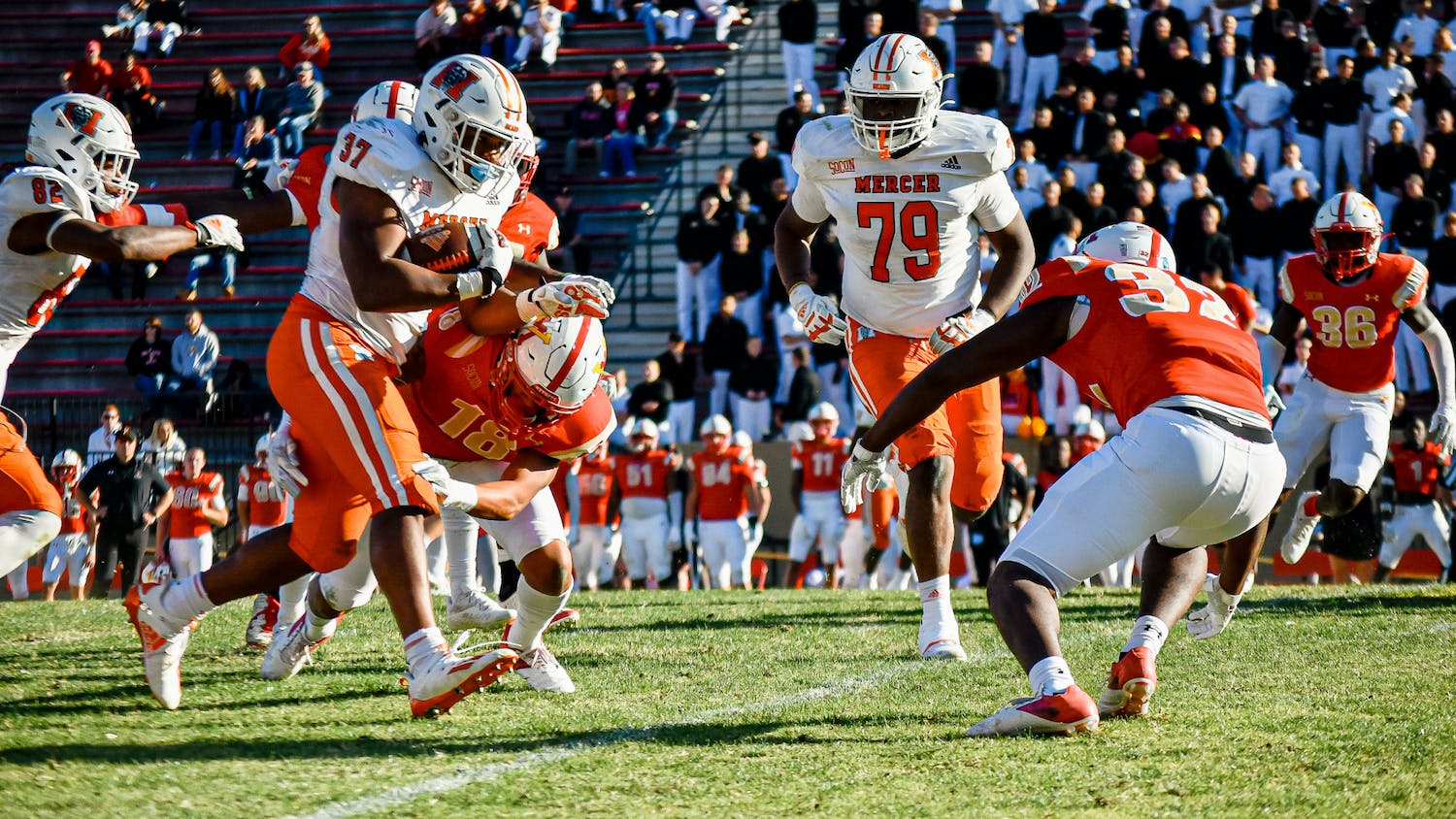