Opinion: You should reconsider pledging to Greek life

Everyone wants to fit in. I know I did at one point in time. This natural human urge may explain why Greek life is a vibrant part of hundreds of campuses across America. This desire exposes itself especially when we enter new environments.

During the first few weeks of my freshman year, I witnessed many of my peers rush for fraternities and sororities. These organizations, which constitute Greek life, claim to foster brotherhood, give back to the community in the form of philanthropy and help with networking.

In other words, it’s an attractive option for people in a new and intimidating environment, but the comfort Greek life provides is temporary. Greek life directly threatens individuality and is therefore not worth pursuing.

Transcendentalist philosopher Ralph Waldo Emerson said, “To be yourself in a world that is constantly trying to make you something else is the greatest accomplishment.”

Being true to oneself is what makes you an individual. Greek life disrupts that phenomenon and reduces their members to parts of a whole, not the whole themselves.

The outcome of the pledging process, which typically includes reducing pledges to workers stuck in a non-reciprocal relationship, is supposedly fraternal companionship. This is known as brotherhood or sisterhood.

Yet, there’s nothing authentic about it. It is built upon mere competition; developing a genuine connection and bonding with one another is secondary. They aren’t brothers or sisters; they’re mercenaries.

The problem with Greek life extends beyond principle; it’s also systematic and mental. In Greek life, some people become so consumed with the organization that they take this to its logical extreme; covering for acts of misconduct often known as “hazing.”

For instance, Tim Piazza, a 19-year old engineering student at Penn State, was the victim of this mindset. Piazza, who was made to chug beer by fraternity brothers during a hazing experiment, died after his first night of pledging.

He fell down the stairs multiple times and, despite one brother saying something, the majority of the fraternity refused to get him medical attention until the next morning. Not only that, but they deleted the basement footage to cover up this tragedy.

These people weren’t just negligent or terrible people, they put the interests of the fraternity above their own interests because that is precisely what Greek life requires. They lost themselves and, consequently, Piazza due to their dedication.

This isn’t to say that mere loyalty or dedication is deadly, but to be consumed by anything - even loyalty - is to forsake judgment and run into trouble. By creating an artificial bond between people based on their group affiliation, Greek life does just that.

The money aspect of Greek life is just as concerning. The common argument of “paying for friends” only touches the surface; you don’t know if these people are compatible with you in the first place.

Not a single investor (perhaps Bernie Madoff) would invest in a stock that belonged to an unknown company; why do the same with four crucial years of your college experience? Only confusion and mystery comes with the price tag.

A common argument advanced in favor of Greek life is the connections it gives you. But this myth is nothing more than a byproduct of the industrial mindset. While I think the industrial revolution was a phenomenal occurrence, it has encouraged a fast-food mentality; to take the most expedient route, not always the best one.

It defeats the purpose of hard work if you do not gain a position through your merits, but through the alignment of Greek symbols on your resume. Network yourself, build contacts personally; it’s much more rewarding than it being handed to you.

Your individuality is on the chopping block when you participate in Greek life. I accept that many people do join fraternities and seem fulfilled, happy and meet friends for “life.” But those are people who are fine with being a part of something “greater” than themselves; essentially sacrificing their individual self-interest for that of a group.

If you’re not interested in Greek life,  I encourage you to look into several other clubs Mercer has to offer; The Tea and Coffee Societea, the numerous political organizations on campus, or something completely different.

Whatever you do, pursue your life instead of Greek life. Your future will be better off for it. 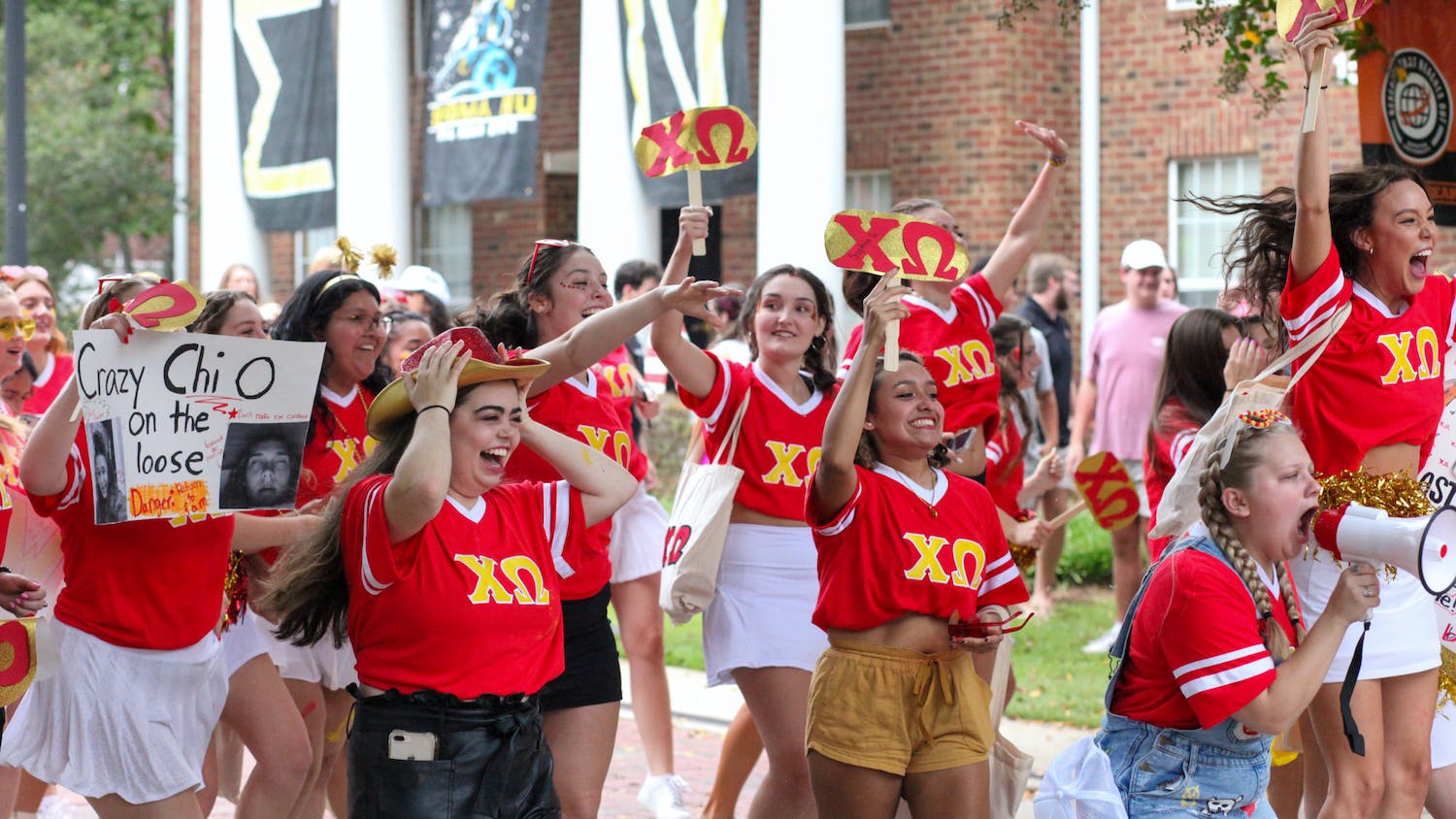