Bear Health Educators, also called Bear 2 Bear or B2B, is a new one-credit-hour course that focuses on spreading awareness and information about health issues prevalent in college students, such as alcohol and drug use, sexual assault and mental health.

Instructor Nichole Casaceli said that the class is about things typically learned in life instead of a classroom.

“There is more to college than academics,” Sculley said. “Learning about health, specifically mental health, is paramount to the success of a college student, especially during this time where many are dealing with isolation, loneliness, and grief resulting from the COVID-19 pandemic.”

Makenzie Hicks, a junior Global Health and Spanish major enrolled in the course, is a part of the course’s planning committee. She was the student who corresponded with Sculley the most.

“I think it was really rewarding because I really resonated with Abraham,” Hicks said. “When I first met with him, he was really excited to see what he could bring to our campus.”

Coordinators chose to invite Sculley, a Jamaican-American educator, to speak for the event because they felt that his background and his talks’ focus would do well on Mercer’s campus.

Sculley spoke about his own mental health journey, which began when he first started at the University of West Florida. During his second semester, he fell into a deep depression that he didn’t know how to deal with because he didn’t think that people like him could be depressed.

After accepting advice from a friend, Sculley recounted how he was uncomfortable when he first went to his university’s counseling services, where he was diagnosed with major depressive disorder. After temporarily withdrawing to focus on his mental health, Sculley went on to graduate with a bachelor’s degree in psychology and become a certified mental health first aid advocate.

Along with his own personal journey, Sculley also spoke about the importance of discussing the warning signs for suicidal thoughts or behavior and sharing his honest, open and transparent principle for having important conversations about mental health.

“Talking about mental health and suicide prevention is no easy task, even after doing this for about five years,” Sculley said. “Sharing my personal experience puts me in a vulnerable position, and a position of influence at the same time because it requires courage to talk about the subject that is oftentimes swept under the rug.”

September was Suicide Prevention Month, and the university aimed to hold at least one event during the month to raise awareness and share resources with students.

“I think it is critical to have these types of events on campus,” Sculley said. “Representation is important as well, so it makes a difference when students resonate with the information on a personal level and feel empowered to take charge of their mental health.”

Hicks said that the Bear Health Educators intend to hold more events in the future and are already working on some ideas for this semester. Casaceli hopes to have a speaker visit next September, and Sculley said that he’d love to be invited back to speak to Mercer.

Sculley advised students to take advantage of the free, educational resources available on campus as well as to visit the ActiveMinds website, his Instagram (@abrahamsculley) and to listen to his podcast Unlearn the Lies. Casaceli recommended that students apply to be a part of the Bear Educators course when applications open for the spring semester and to follow CAPS and Bear Educators on Instagram.

Send us your pet!
Popular
ANALYSIS: Violence continues to rise in Macon. What can be done to fix it?
Is Mercer a party school?
Kick off MLK weekend with the annual 'Living the Dream' march
Nervous about looking for internships? These tips will point you in the right direction
Beach volleyball finds new home in the Sun Belt Conference
Tweets by mercercluster
More
February 7

The magic behind QuadWorks' full calendar of events 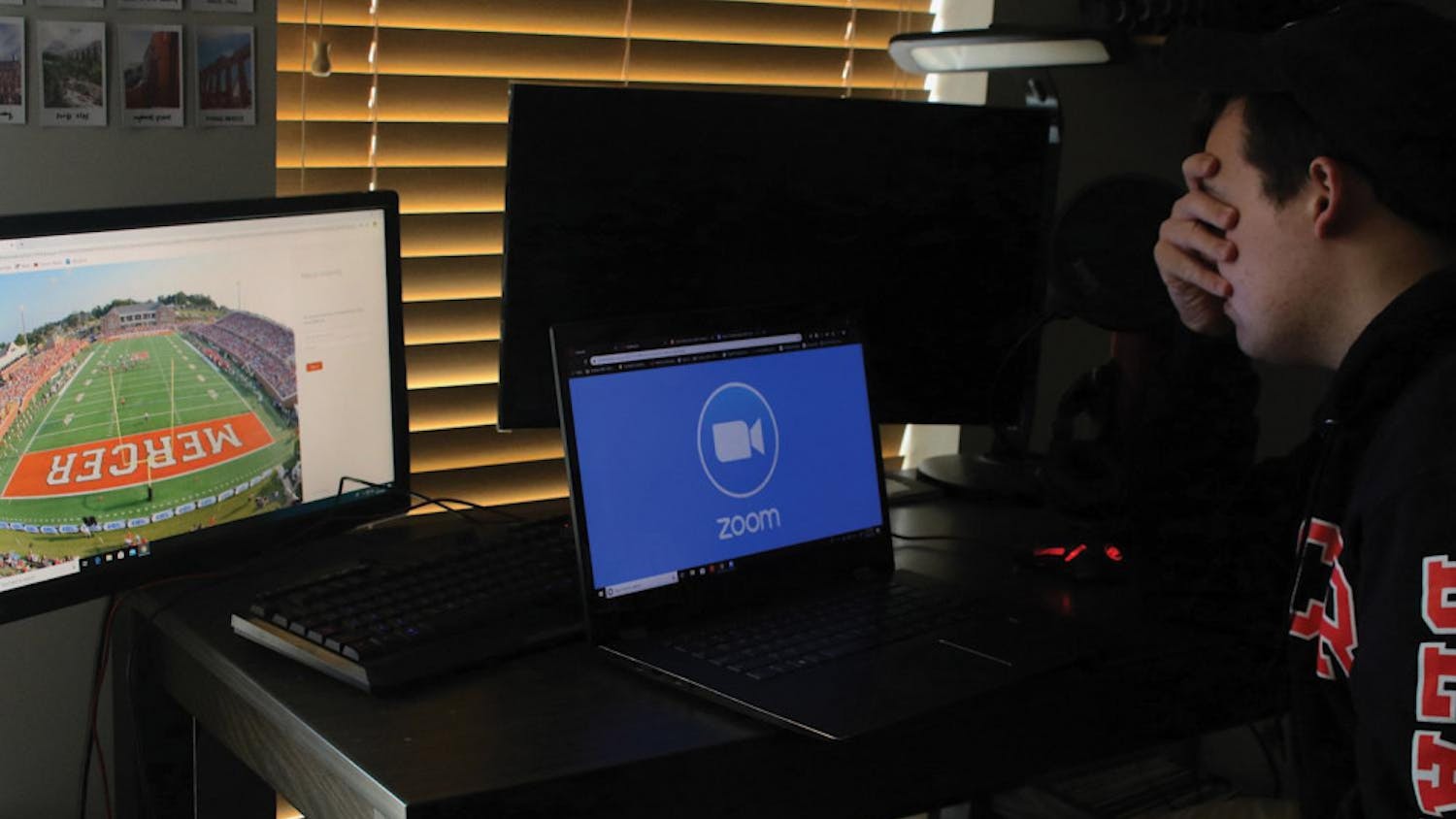 Has the class of 2026 been patient zero for pandemic learning?