The event featured many Mercer students presenting their research to other universities in the SoCon, with some getting the chance to present their senior theses. Students were selected based on the completeness of their projects and the information they intended on presenting.

Themba Nsubuga, a junior majoring in chemistry, presented his research on a synthesis scheme of the installation of water-soluble functional groups on an outer rim of the unique supramolecular host known as a deep cavity cavitand. Understanding the uses for this would allow a deeper understanding within the subject of host-guest chemistry.

“The uses for this special deep cavitand are still within the learning process; however, think of it as discovering the dark side of the moon,” Nsubuga said. “The area is vast; however, we are making the beginning steps to help us go to the other side.”

Nsubuga will also present at BEAR Day in the spring and extended great thanks to chemistry professor Margaret Meadows for helping him with his research.

Sophomore Arsha Moorthy and her partners junior Madeline Smith senior Patrick Kho are exploring the effects of vascular stiffness on leukocyte migration which can be seen when blood vessels are clogged and hardened by plague causing the vessel walls to stiffen.

“Our research deals with how this stiffness affects the flow of leukocytes and if the change in leukocyte velocity is purely a mechanistic, rather than a biomechanical, response,” Moorthy said. “Throughout the past year, we used a flow chamber designed by Mercer biomedical engineering majors to mimic hard and soft vessels and polystyrene microbeads to mimic the leukocytes.”

Moorthy, Smith and Kho found in their results that the beads moved faster through the softer gel in the chamber, resembling the healthy blood vessels, as opposed to the stiffer gel, resembling the diseased, atherosclerotic vessels, in direct correlation to the Navier-Stokes equation of fluid motion in physics. In the future, they would also use a stretch chamber to assess the impact of tension on the receptors of cells.

Moorthy was initially nervous presenting — having only presented at BEAR Day previously — but was comforted by her many peers as well as her mentors, physics professor Chamaree de Silva and engineering professor Alireza Sarvestani, who helped her make new connections at the conference.

Junior Evan Floyd and his partner senior Natalie Yaeger presented a brand-new assay, or quantification test, for biofilm production that they named the HEFY — named after the last names of design contributors: Linda Hensel, Arnith Eechampati, Evan Floyd and Natalie Yaeger. This test also received a preliminary patent this year, meaning it is now legally recognized as patent pending.

Biofilm is considered a major issue in medicine today. It has been linked to diseases such as colon cancer, cystic fibrosis and C. diff infections. Floyd and Yaeger’s new design would be valuable in measuring biofilm production in the future.

“Our project focused on using new 3D-modeled and 3D-printed materials as a means of creating an inexpensive, undergraduate accessible, fast and accurate method of measuring biofilm so that testing possible drugs for inhibition is a much more straightforward process,” Floyd said.

Floyd and Yaeger made use of readily available tools in their design and hope to make their design capable at other universities. Both students encouraged their fellow students to also partake in their own research at Mercer as well.

Mercer had the largest number of presenting students at the event and students are continuing to expand on their research in humanities, science and the arts.

Send us your pet!
Popular
Is Mercer a party school?
Kick off MLK weekend with the annual 'Living the Dream' march
Nervous about looking for internships? These tips will point you in the right direction
Beach volleyball finds new home in the Sun Belt Conference
Atlanta Braves' Matt Olson makes appearance at Mercer's First Pitch Classic
Tweets by mercercluster
More
October 29 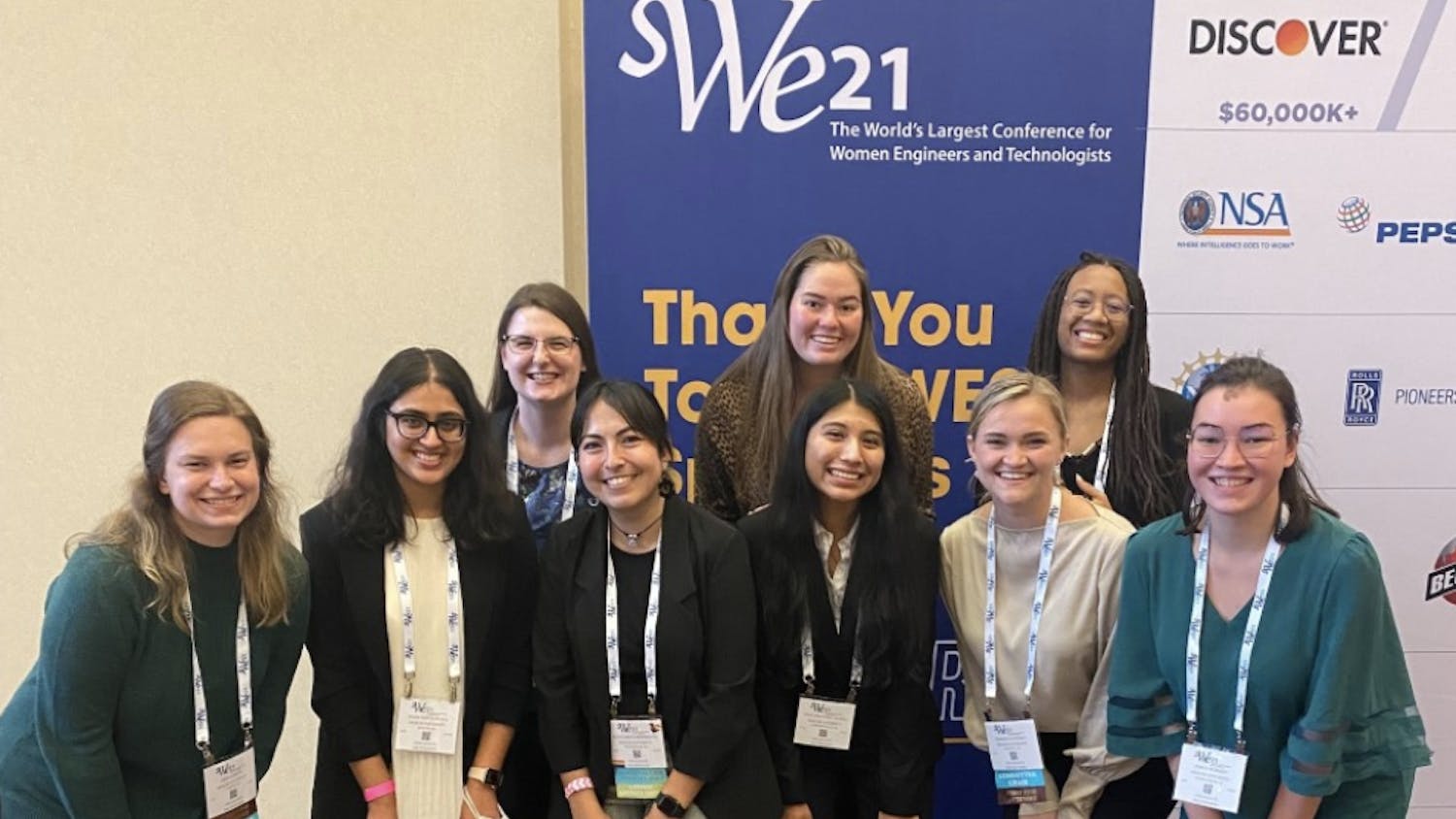