We as a society can sometimes forget the extent of violence that takes place in our nation. From police brutality to daily shootings, the extent of this violence can oftentimes be revealed in music. One artist helping paint that picture is Vince Staples.

Vince Staples is a lot of things. He's a public speaker on gang violence, a cynic, a realist, a former Crip and, of course, a rapper. You have to put each of these descriptions together to truly understand his work.

Since his previous releases of “Big Fish Theory,” “FM” and his debut double album “Summertime ‘06,” Staples has always kept it real. He doesn’t shy away from any aspect of gang culture, showing the consequences of a lifestyle that has affected him and his loved ones.

In his newest album, “Ramona Park Broke My Heart“ (RPBMH), Staples takes a step back from his lyricism and proficient rap flows to pay homage to his past and the overwhelming violence in it. Staples has said this album is a direct correlation to his previous self-titled album, “Vince Staples,” only with a few subtle differences. Those differences show throughout the project. It’s not meant purely for our entertainment, but more so for our reflection and understanding.

While the project is relatively short, much like the rest of his discography, RPBMH features some of the most poetic deliveries on gang culture and, of course, heartbreak in his neighborhood of Ramona Park in North Long Beach, California. It also utilizes crisp production from many talented producers, including the versatile Kenny Beats.

The opening track “THE BEACH” serves as an introduction to the album and sets the scene for the good and bad aspects of his neighborhood. As the album progresses, Staples recognizes the rates of death and imprisonment, as seen on the DJ Dahi-produced “PAPERCUTS,” where he recounts the losses he’s experienced while becoming richer as a rapper.

The album also recognizes aspects of violence not often highlighted. Staples talks about the “loving” relationship between a person and their gun on “WHEN SPARKS FLY,” alluding to similar relationships he’s seen before with the owner eventually going to prison for multiple homicides.

The album features countless samples that are used to various degrees of perfection, including YG’s “Free the Homies” interlude on “AYE! (FREE THE HOMIES)” as well as DJ Quik’s “Dollaz + Sense” on “DJ QUIK,” which also features record scratches from the same DJ.

But the album does not just consist of Vince Staples’s deadpan delivery. He often shares the spotlight with Lil Baby, Ty Dolla $ign and Mustard to show that these circumstances aren’t only his.

Staples recounts his life living in Atlanta with his sister after getting in trouble in Ramona Park on “EAST POINT PRAYER.” He raps over an Atlanta-style trap beat, further reflecting on what brought him there. The song features Lil Baby smoothly rapping as he reflects on his own life in Atlanta.

Staples also features a bouncy, uplifting beat with “MAGIC,” showing love for where he came from while simultaneously understanding that a normal day can turn violent quickly. This flip is demonstrated in the accompanying music video. The track features producer Mustard speaking on the outro about the positives the future can hold.

The album isn’t all tragic. Staples remembers a hot summer day having fun in the sun on “LEMONADE” with a melodic performance from Ty Dolla $ign.

The album leaves the listener to reflect on all that was said in “THE BLUES.” Staples expresses his feelings of numbness and being desensitized, saying “Pray for me” over and over again, reminding the listener he isn’t the only one in this situation.

Overall, “Ramona Park Broke My Heart” is an album that reminds us that violence is still prevalent and our nation still needs healing. Staples is clear about the life he has lived, and clearer still about how it will change the lives of those in similar situations if change isn't achieved soon.

An overview of senior art and design showcase "Stairway Wit" 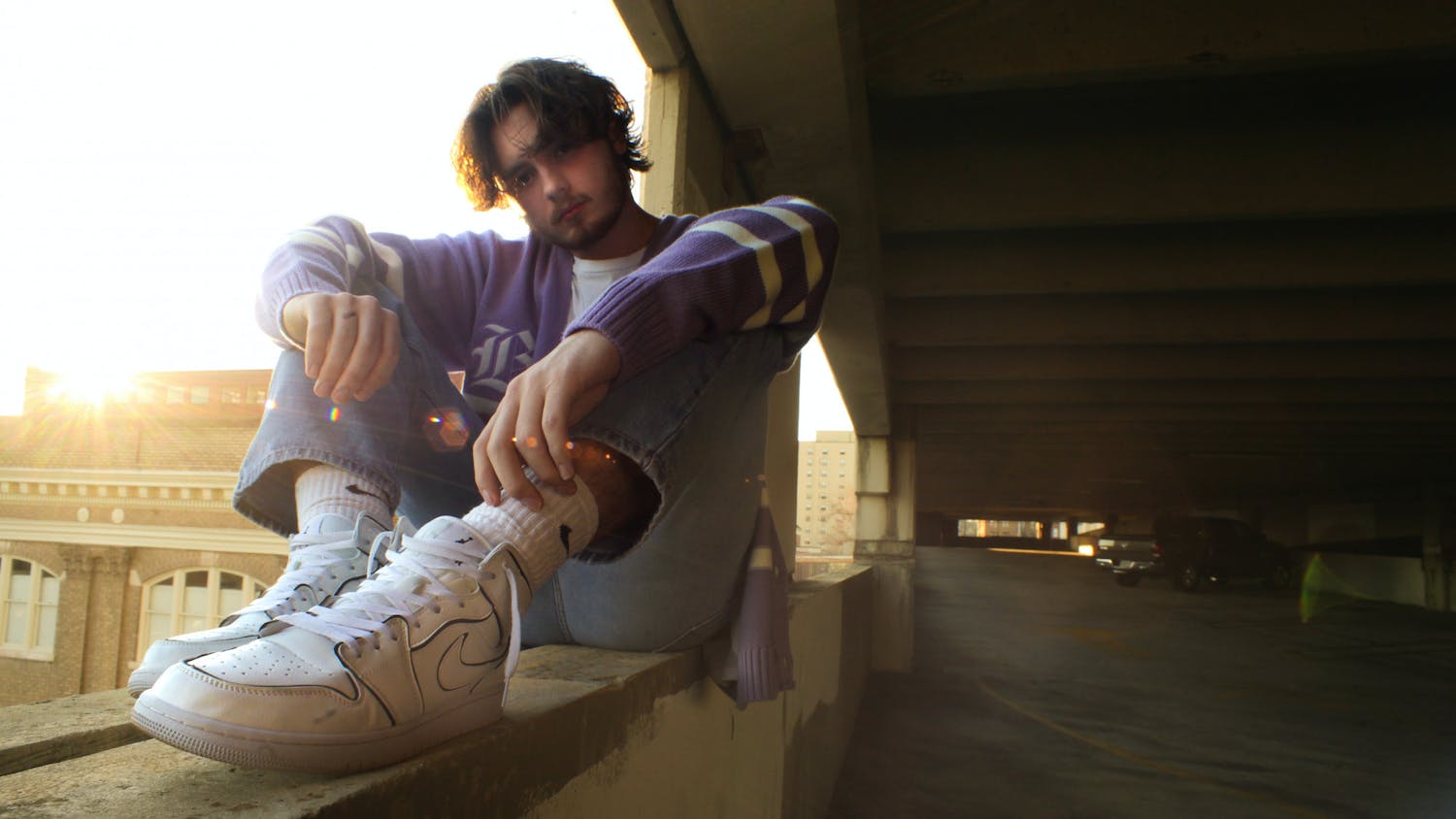 A highlight of Mercer’s shoe culture