On Thursday night, the team played in Stillwater, Oklahoma, against a Big 12 opponent, Oklahoma State University (6-1-1). The Bears were handed only their second loss of the season against a strong team playing at home, falling to the Cowgirls 3-1. Mercer’s lone goal came from Aliah Kitchens, assisted by Kylie Buchanan. The goal was Kitchens’ third of the season, as well as Buchanan’s third assist of the campaign. Notably, Lena Dykes '26 made her first career start, playing all 90 minutes of the match in the backline.

On Sunday, the Bears played Delaware State University at Betts Stadium. They held an offensive clinic, with 19 shots on target, netting 4 and allowing 0 all night. Lena Dykes scored in the 1th minute, earning her first collegiate goal in only her second start. Kendall Cook had two assists, bringing her points total to 17 this season. The Bears (5-3-2) will travel to Chattanooga on Friday to begin their SoCon season against the Mocs (2-2-2).

On Friday, the Bears hosted the Kangaroos of the University of Missouri-Kansas City (2-3-1). The game ended in a tie, 1-1. Going into halftime, the sides were level at zero all, but Dylan Gaither gave the Bears the lead in the 62nd minute with a goal from a tough angle. However, it would not last; the Roos found the back of the net via a goal by Yahel Anderson. Mercer’s backline was anchored by a standout performance from William Pondeca, whose hustle was cheered frequently by the crowd. Pondeca deflected many crosses into the box and found himself between the ball and the opposition many times throughout the game.

The Bears' next game is on Tuesday, at home against the University of Alabama-Birmingham (2-4) at 7 p.m.

The Bears finished second of 11 teams at the Julius Johnson Invitational in Macon on Friday, which was hosted by Mercer. The team was only 14 points shy of Emory University, who won the event. Brianna Teegarden '25 (2nd), Laney Doster '25 (5th) and Leah Pfaff '26 (10th) all finished in the top ten among 93 total contestants. Laney Doster managed to shave her time down by 49 seconds, running a 20:13 in the first meet and a 19:13 in the second.

This is the team’s best result of the season, and they will look to take home a win on October 1st in Louisville, Kentucky.

The team ran Mercer’s own Julius Johnson Invitational on Friday, coming in second of 11 teams. The Bears were led by Joshua Kraver '25, who ran the eight kilometers with a time of only 25:38, good for fourth overall in a field of 98 runners. Chinmay Dongari shaved the greatest time off his previous run, finishing 1:44 faster than at the Covered Bridge Open Invitational. The team will prepare now for their next race at the Live in Lou Cross Country Classic, hosted by the University of Louisville.

At the Allstate Streamsong Invitational on Tuesday, the Bears came away with a fourth-place finish among 12 colleges. The team was led by Macon native Trey Mixon '25 who tied for third overall among all contestants, with a total of 201 over three rounds played. Their next competition begins the season’s SoCon competition, at Wofford from Oct. 9-11.

The Bears competed at the Green Wave Fall Classic on Sept. 12-13, coming in seventh out of 14 teams. Camilla Järvelä '24 led the team with a score of 208, putting her at 7th overall in the tournament. The Bears will travel to Knoxville, Tennessee on Monday to begin the Mercedes-Benz Intercollegiate, hosted by the University of Tennessee.

After coming back with two wins and a loss in Deland, Florida the previous weekend, the Mercer Bears volleyball team faced consecutive losses over the past weekend at the Virginia Tournament.

Later that same Friday, the Bears lost against The University of Virginia Cavaliers while continuing the tournament matches. It was neck and neck between the Bears and the Cavaliers with an early lead in the first set by the Bears only for the Cavaliers to come back and win. The Bears took two sets from the Cavaliers, forcing a fifth game, but ultimately lost 3-2.

In the final match of the tournament, the Bears fell to the East Carolina University Pirates, losing 3-1. After taking a loss in the first set, the Bears struck back with a winning second set with kills from Annie Karle and Paige Wagers and an ace by Lillian Beardsley overtaking the Pirates’ defense. In the third and fourth sets, however, the Pirates overtook the Bears due to attack errors and devastating kills made by Angeles Alderete in both sets and Izzy Marinelli in the final set with a score of 25-18 in both the third and fourth sets, resulting in victory for the Pirates.

The football team faced the Citadel on Saturday and pulled off a 17-0 shutout against the Bulldogs. With this win, the team earned a No. 16 ranking on the AFCA FCS Coaches’ Top 25 Poll, the highest ranking in program history. Mercer was one of three SoCon teams on the list with Chattanooga at No. 9 and Samford at No. 22.

The Bears did not get on the board until the third quarter when Fred Payton connected with Ty James twice. In the fourth quarter, Devin Folser hit a 23-yard field goal, solidifying the 17-0 win over the Bulldogs.

The Bears will attempt to strengthen their 2-1 record this Saturday as they travel to Boiling Springs, N.C. to play Gardner Webb (1-2). Stream the game on ESPN+ and cheer on the Bears from home.

Send us your pet!
Popular
ANALYSIS: Violence continues to rise in Macon. What can be done to fix it?
Is Mercer a party school?
Kick off MLK weekend with the annual 'Living the Dream' march
Nervous about looking for internships? These tips will point you in the right direction
Beach volleyball finds new home in the Sun Belt Conference
Tweets by mercercluster
More
September 14 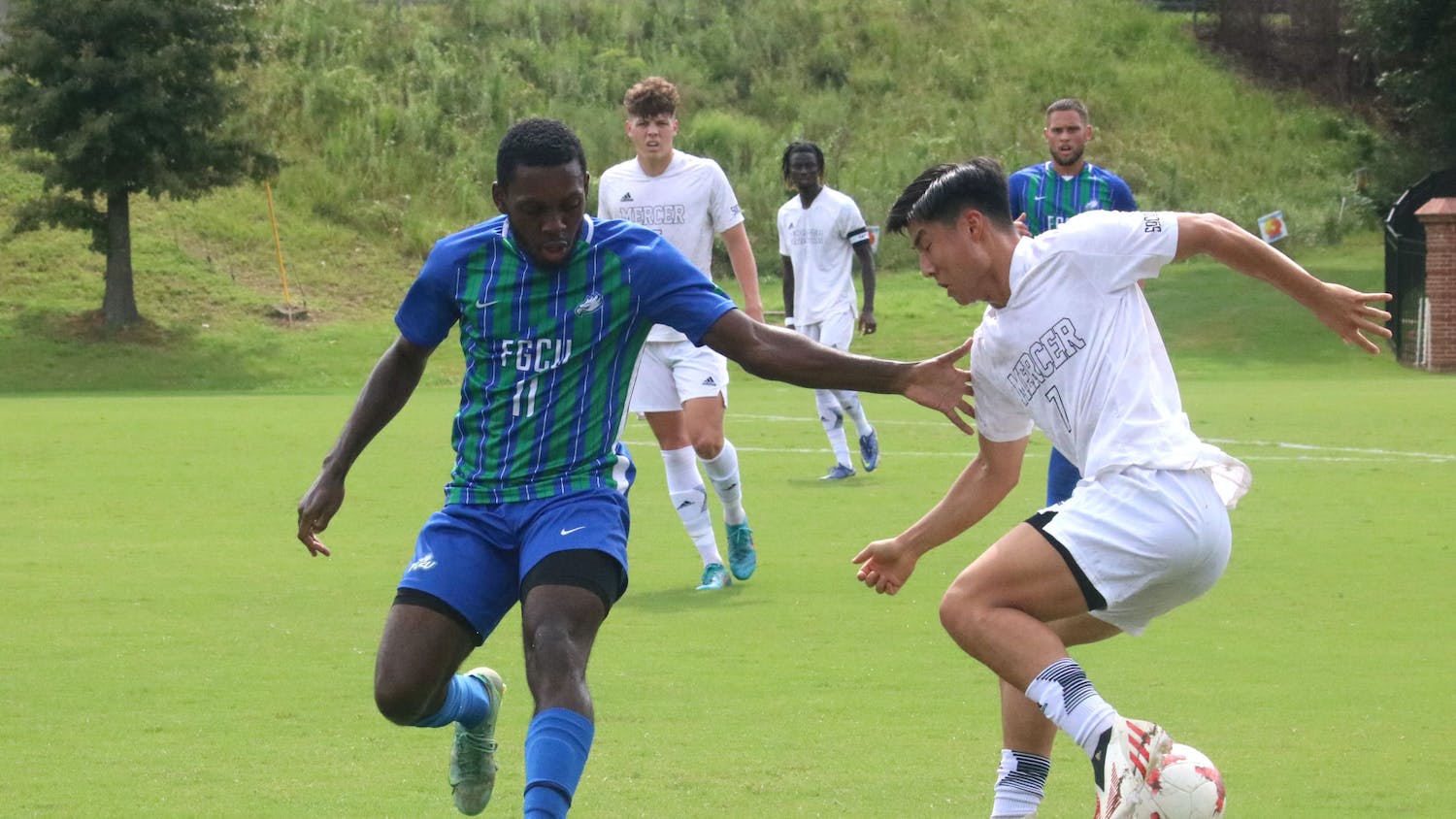 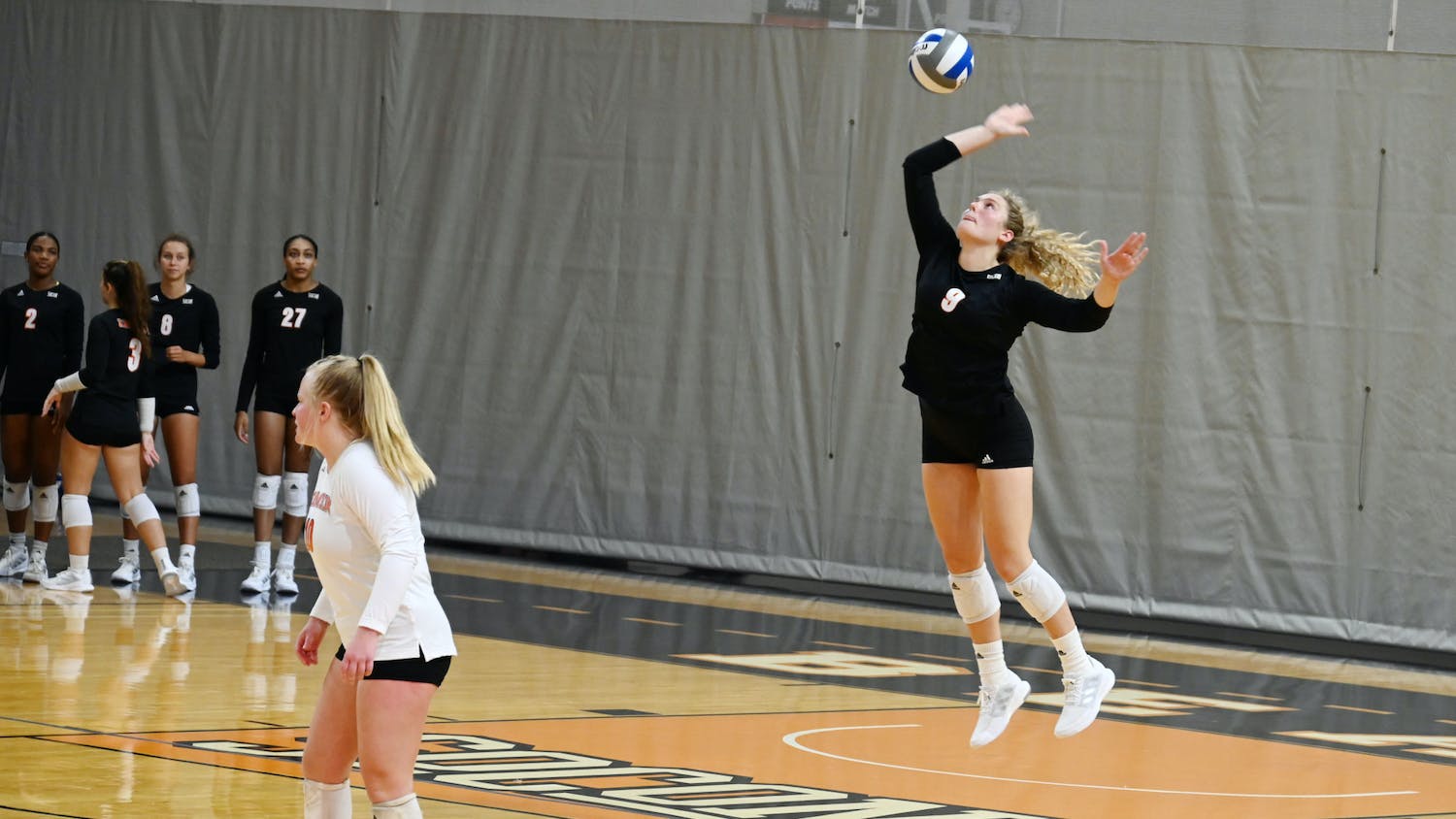 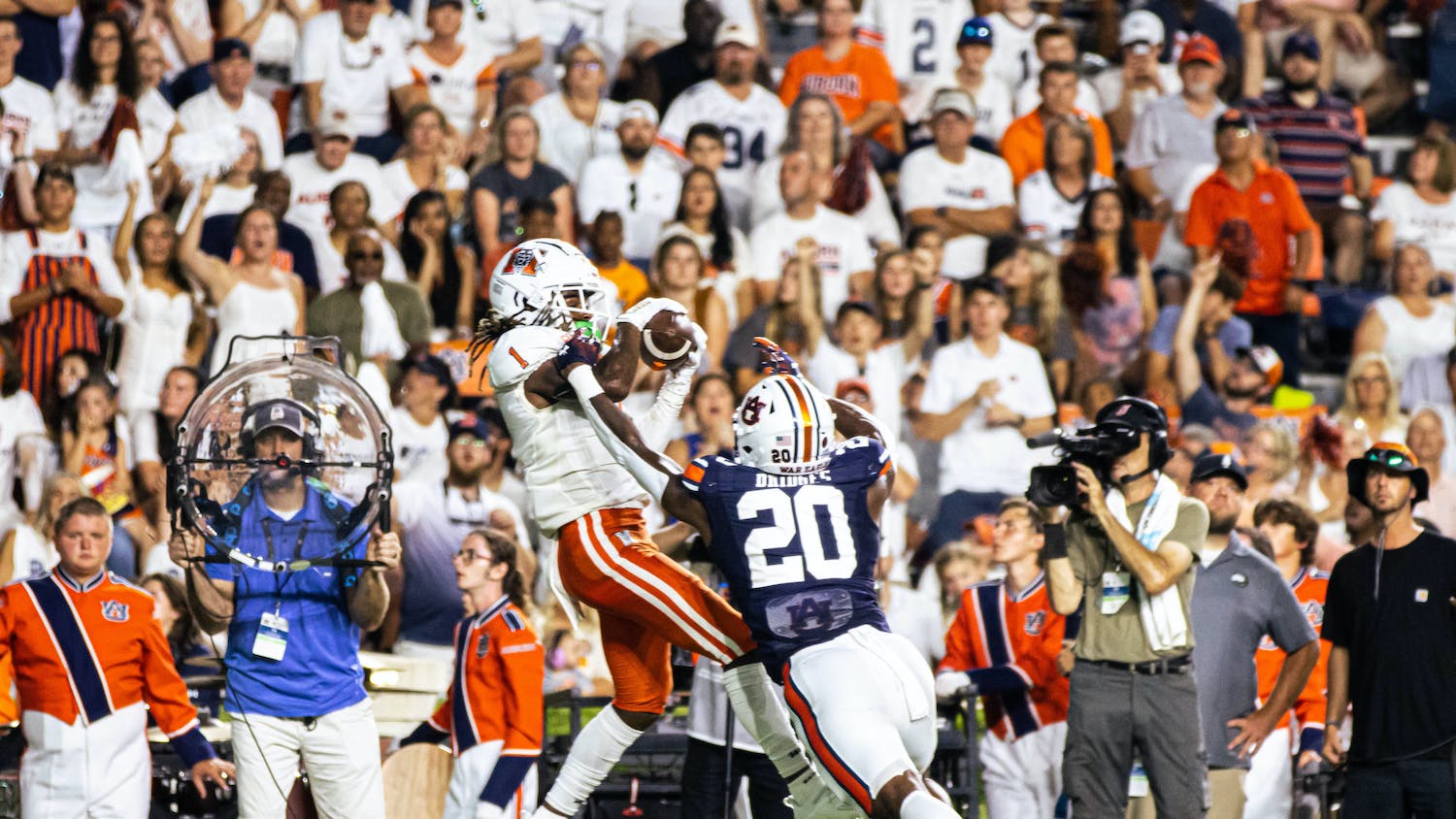