Football earns fifth win in a row against ETSU

The Bears took on Eastern Tennessee State University on Saturday and won 55-33 against the Bucs. Fred Payton set a record for touchdown passes in one game, completing five in the game.

Austin Douglas was Payton’s first target with a 24-yard reception to put the Bears on the board. Payton hit Drake Starks with touchdown passes twice in the game: one 4-yard pass at the end of the first quarter and another 21-yard pass in the second quarter. Payton’s fifth touchdown pass was to Ty James in the fourth quarter. Payton threw for 383 yards and completed 23 of his 35 attempted passes.

Devron Harper went for a 48-yard run into the end zone in the third quarter to improve the score. Harper had 53-yards rushing and 59-yards receiving. Devin Folser nailed all seven extra points as well as two field goals in the fourth quarter: one from the 15-yard line and one from the 23-yard line. Mike Campbell had two interceptions in the game and returned one for a 41-yard touchdown.

Issac Dowling led the defense with 15 total tackles: four solo and 11 assisted. Myles Redding had 14 total tackles, three of which were solo, and an interception against the Bucs.

This win put the Bears at a 6-1 overall record and 4-0 in conference as they head into their game against Chattanooga this Saturday. The Mocs are ranked No. 8 in the FCS coaches poll while Mercer is at No. 13. Chattanooga will be their toughest in-conference opponent so far this season and a win would put the Bears in a good spot for the playoffs.

Send us your pet!
Popular
Trouble in Tatnall Square Park: A feud for the Wednesday market
A Mercer student’s guide to thrifting in Macon
Friends of the Library opens bookstore in Macon
Annual Homecoming Lip Sync Competition lively as ever despite weather
Macon Burger Week dazzles Macon for it's fifth year
Tweets by mercercluster
More
October 10 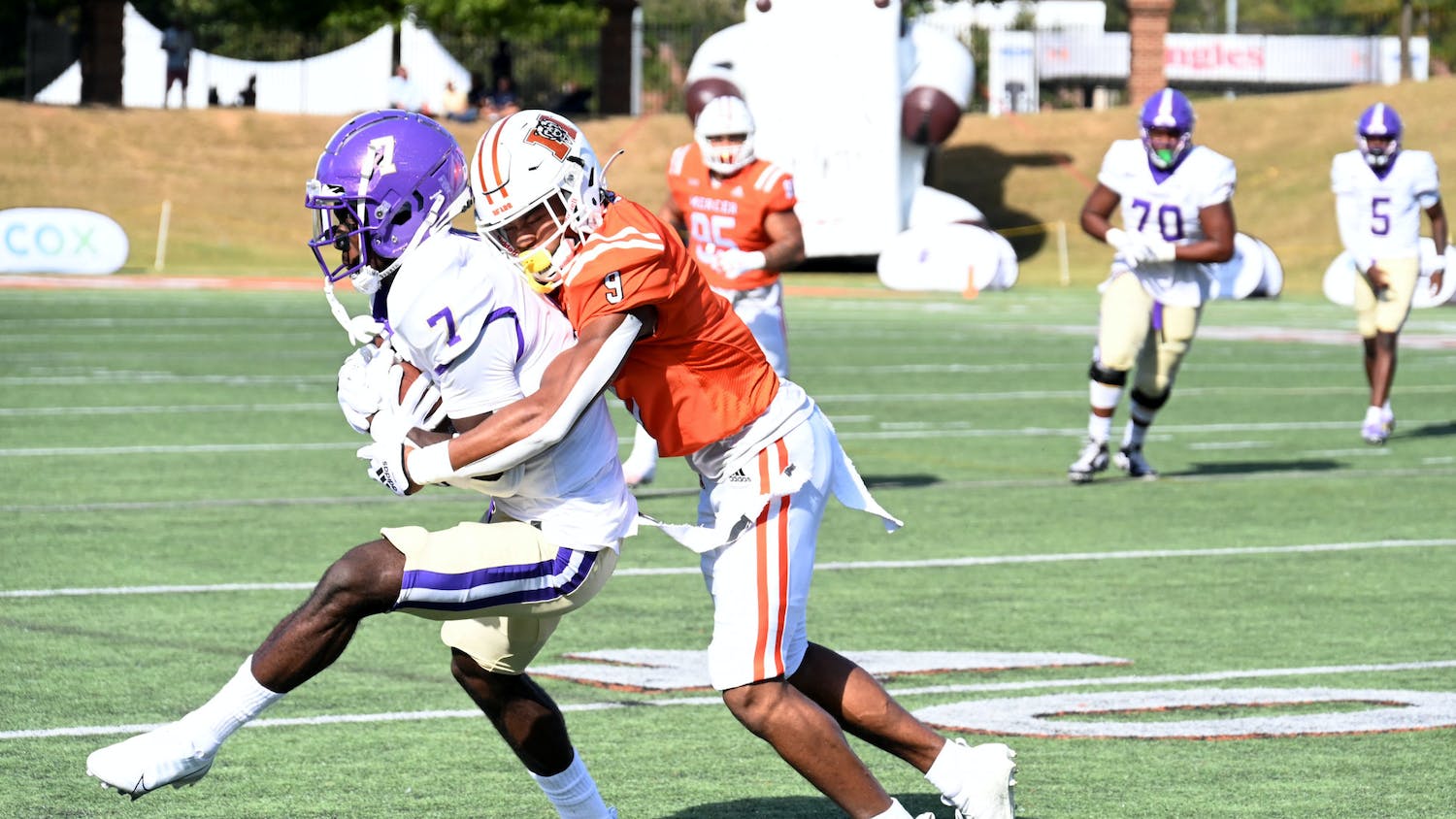