“In the middle of all that darkness there was one light,” Craig McMahan said, looking out from the stage of Willingham auditorium at Mercer’s annual Christmas Tree Lighting. The event was presented by the Heritage Life Committee on Dec. 8 and featured guest speakers and songs from Mercer Singers.

A highlight of the event was the reading of "The Night Before Christmas" performed by SGA President Rylan Allen ‘23 and Freshman Class President Alisha Mitchell ‘26. However, this was no ordinary retelling of the timeless Christmas tradition. The two of them decided to share the Mercer adaptation of the story, including lines such as "dreams of fried chicken Wednesdays danced in their heads."

After the reading, McMahan presented the Christmas Message. McMahan spoke about the history of lighting Christmas trees and how candles were originally placed upon trees. McMahan also shared his experience with light and how he deemed it to be fundamental to the human experience.

He went on to compare a small light in the darkness to the impact that humans can make upon the earth. McMahan talked about the ways that the world could find just a bit of solace in those who work to be a positive influence.

“It is important for a person not to just hold a light but be a light,” McMahan said.

After this speech, Willingham was illuminated with candles as attendees sang along to “Silent Night.” Kathryn Rhodes ‘23, a senior senator, led everyone in the Tree Lighting Countdown. The Mercer singers then ended the event by singing “We Wish You a Merry Christmas.”

“I think it was very fun,” Victoria Smith ‘26 said. “I really liked the candles and the singing of the carols.”

As the night came to a close, people were invited to head over to Mercer Village where QuadWorks was hosting its Winter Wonderland.

Winter Wonderland featured crafts, hot chocolate and pictures with Santa Claus. Different organizations hosted their own tables with crafts for people of all ages to enjoy. Guests who attended the Christmas Tree Lighting were able to trade their program in for a surprise gift (a tumbler that had "Season’s Greeting" along the front).

The laughter and Christmas lights that filled Mercer Village gave students a much-needed break from the stress of finals and united the Macon community in another year of holiday festivities.

Send us your pet!
Popular
Is Mercer a party school?
Kick off MLK weekend with the annual 'Living the Dream' march
Nervous about looking for internships? These tips will point you in the right direction
Beach volleyball finds new home in the Sun Belt Conference
Atlanta Braves' Matt Olson makes appearance at Mercer's First Pitch Classic
Tweets by mercercluster
More
October 20 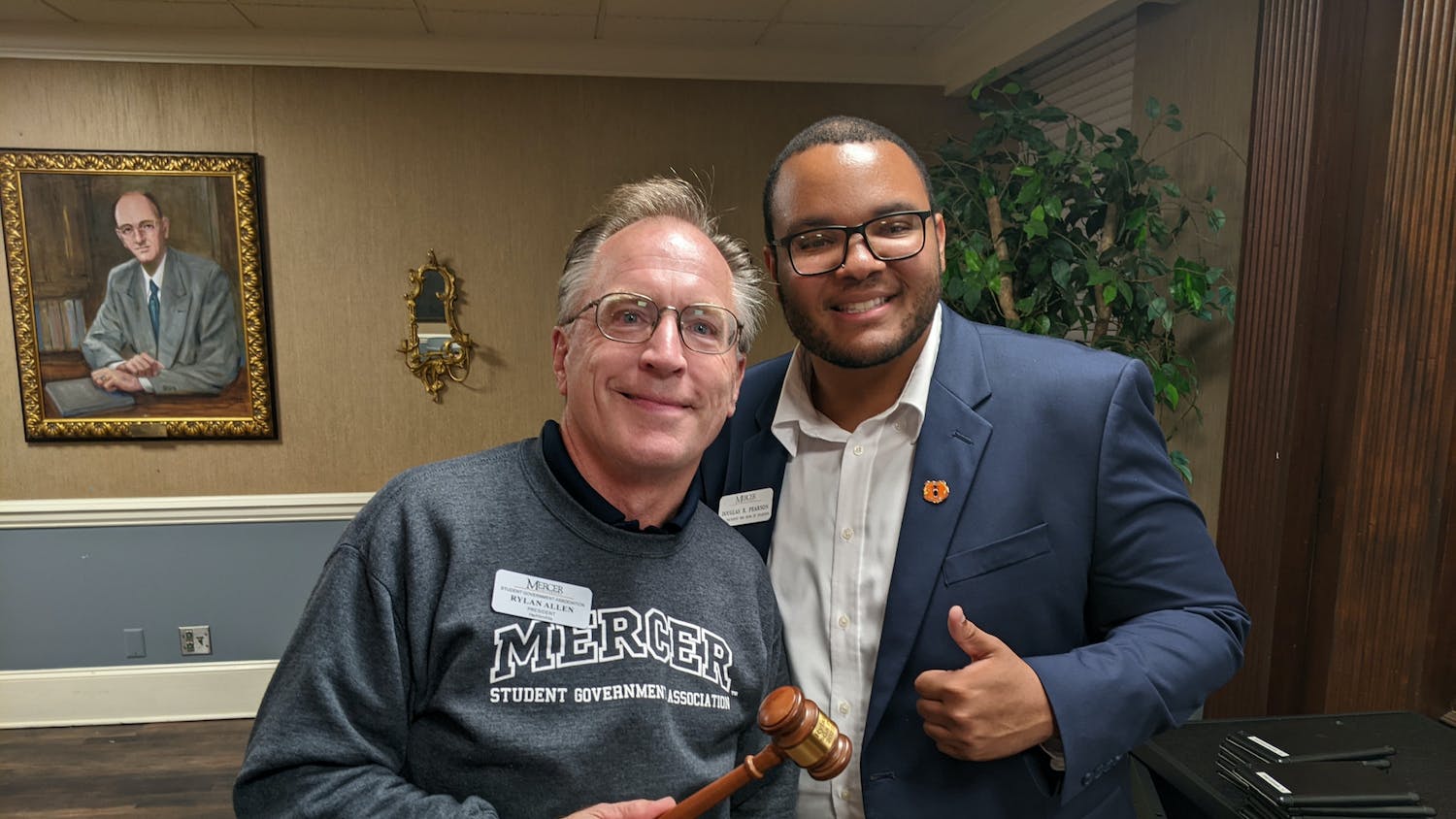