Stephanie Martin has never actually kept one of her paintings.

Martin, a freshman, started painting on canvas during her senior year of high school after scrolling through Pinterest. She was looking for dorm decoration ideas with a group of girls who were also coming to Mercer. Martin and her friends ended up planning a painting party.

“The first one I painted was for a friend because she wasn’t able to come,” she said. “I ended up loving [painting].”

By the end of the summer, Martin was on a first name basis with the employees at Michael's because she was there so much.

Martin, who is from Winder, Georgia, also plays the baritone horn in the Mercer University Marching Band.

“It’s like a smaller version of a tuba for those who don’t know what it is,” she said.

She played trumpet for four years, and then during her sophomore year of high school, she switched to the baritone. Martin said her favorite thing about marching band is that it was an immediate family, which she plans to be a part of for the next four years.

Though Martin is planning to major in psychology or marketing, she hopes to take a couple of painting classes as well.

“To actually get formal training in painting would be really cool,” Martin said. “If I could fit it into my schedule, I would really like that.”

Martin usually paints inspirational quotes and messages that she finds on Pinterest and online.

Martin’s favorite inspirational quote is, “Don’t cry because it’s over — smile because it happened.” She hasn’t painted this quote yet, but she plans to.

Send us your pet!
Popular
An analysis of the expected and the unexpected of IFC rush themes
Bear Perspectives: Uninformed critiques of Macon are more harmful than you think
Mercer turns heads again after scoring three times against the Auburn Tigers
How to treat Mercer's feral campus cats with respect
IFC recruitment concludes with boisterous bid day
Tweets by mercercluster
More
September 23 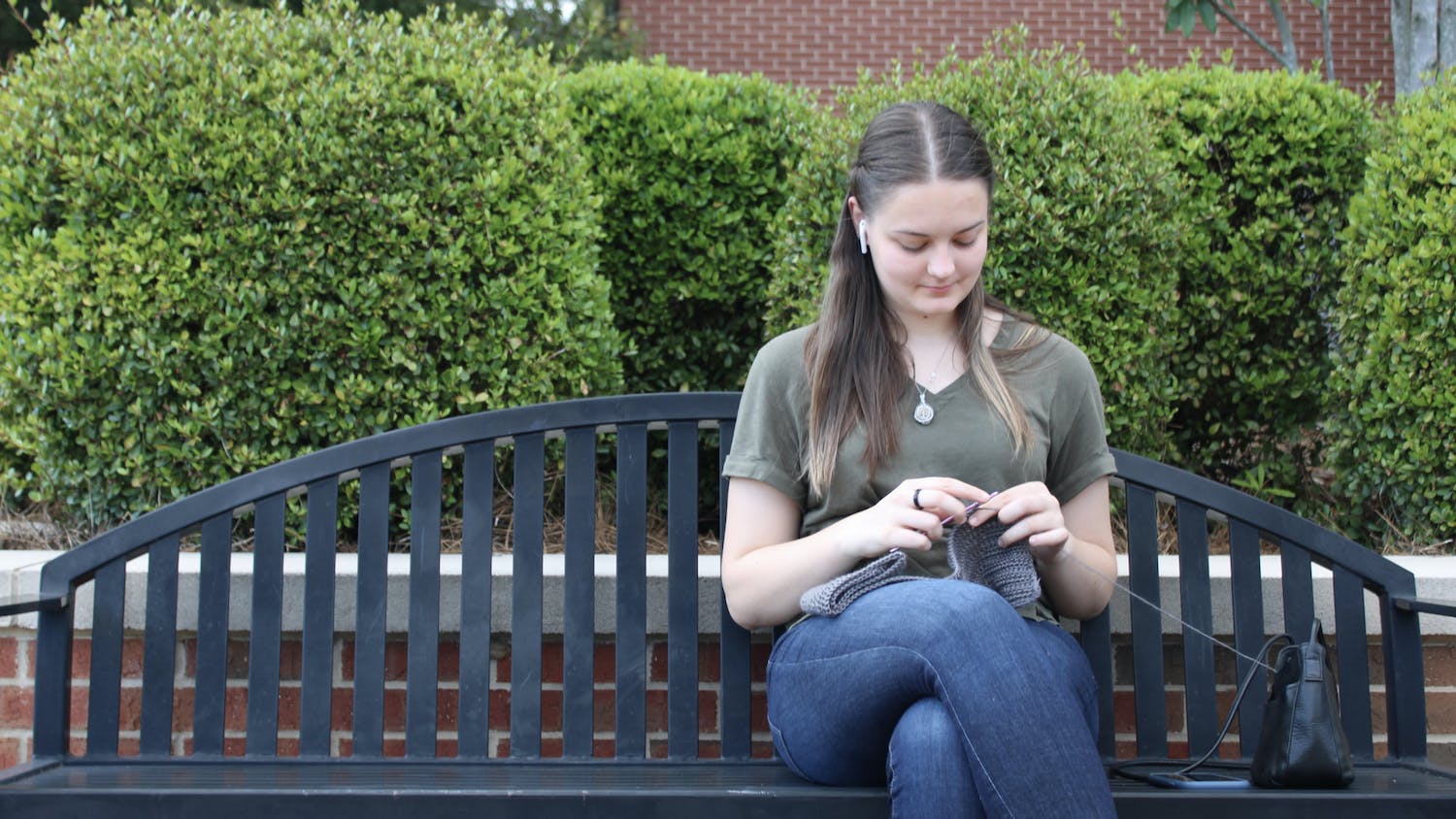 The phenomenon behind the needles: Mercer's fiber arts culture