When entering Penfield Hall on a Monday night, there are club participants standing several feet apart, hands and feet in position, while dancing with their partners. Although traditional ballroom dance requires the partners to touch, that won’t be happening here.

This is the home of the Mercer Ballroom Dance Club, and proceedings look much different this year than they have in the past due to the coronavirus.

Last March, when Mercer began announcing COVID-19 safety measures, including moving classes to a virtual format, the club was forced to end their meetings for the remainder of the semester. This fall, they immediately jumped back in.

The club began the year with Zoom meetings. “We've been setting all of our meetings up on Zoom,” club president Bethany Newton said. “So we really thought it was important to keep the social aspect of Mercer Ballroom Club in Mercer Ballroom Dance Club. Because to us, mingling with new people was always one of the most important parts.”

Meetings were structured to allow for one-on-one socialization so members could still make new friends, Newton said. In the first 20 minutes of each meeting, participants were sent into breakout rooms to introduce themselves to each other. Then, they are brought back into the main room to begin learning their dance moves.

Although the club leadership was doing their best to accommodate safety protocols with COVID-19 in mind, Newton admitted it was complicated to carry this out.

“It's especially difficult on Zoom because it's hard to see both someone's hands and their feet at the same time on zoom,” Newton said. “It's important to see both hands and feet for ballroom activities.”

After a few weeks of meetings, the club cautiously redirected to an in-person format in late September. The shift followed discussions concerning safety protocols between club leadership and multiple university officials.

“We are very grateful for the Mercer administration because we've gone and talked to a bunch of different advisors and supervisors to come up with a safety plan that would allow us to meet in person, as long as we're not doing touch dance activities,” Newton said.

The safety protocols include wearing masks, providing hand sanitizer, putting tape on the floor so each participant knows where to stand and appointing a safety officer, who is a liaison between the club and campus life, administration and the sports club administration.

Mercer also hosts a competitive ballroom dance team, but Newton says for the foreseeable future competitions are canceled. The team typically travels to Georgia Tech for the Helluva Dance Comp, but it is not clear if the competition will proceed yet.

Nevertheless, the team is still practicing in the event that they’re able to compete.

“If things happen, and we can compete, we want to be ready and prepared if it's possible,” Newton said.

At the end of the day, Newton says safety is the most important consideration, and the goals of both the club and team are to have fun and learn to dance.

“The purpose of the ballroom club is for fun and for teaching everyone who's willing to come,” she said. “Mercer students, staff and faculty are invited to learn beginners dance steps in anything from waltz to tango to cha-cha to Charleston.”

Mary Helene Hall is a junior majoring in journalism. She is a Presidential Media Change Maker Scholar who has worked consistently for The Cluster throughout her time at Mercer. Mary Helene has received accolades for her work from National Public Radio, Discord, the Georgia College Press Association, and more. When she’s not working on a story, you can catch her reading a good book or enjoying the outdoors on Mercer’s campus. 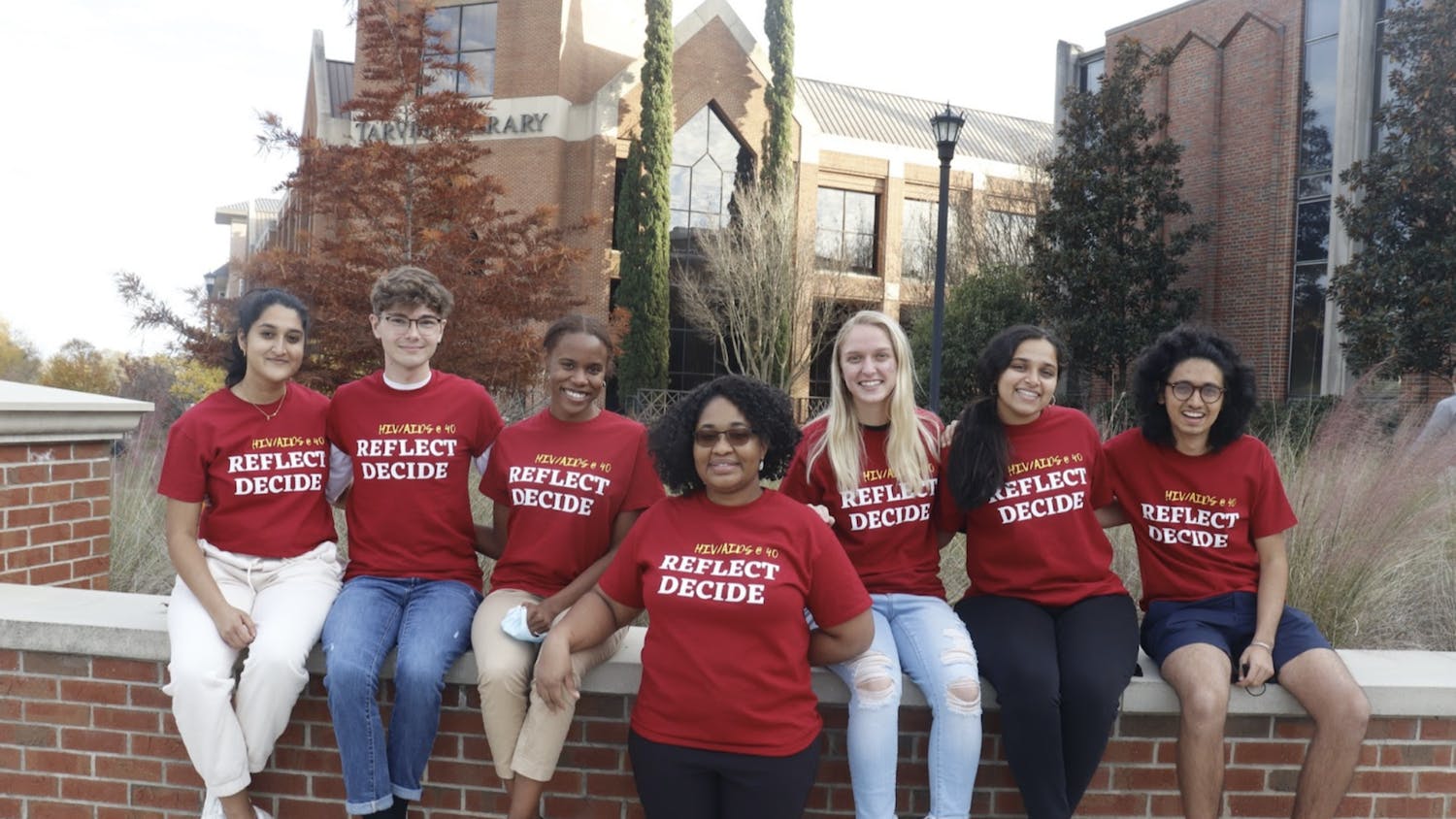