On Nov. 20, the 2022 World Cup begins in Qatar, though the 2022 tournament has long been blemished by the very country hosting the international competition. The impracticality of the venue and the incorrigible human rights record tied to the construction of the soccer infrastructure are two blatant examples of why Qatar is not deserving of the tournament.

The World Cup is a tournament during which the best national teams around the world compete to determine who is the title holder for the next four years. Typically, it plays out in the summer months, but this year was an exception because of the climate in which the games are being held.

Qatar, an oil-rich country bordering Saudi Arabia in the Middle East, has incredibly high temperatures in the summer, making soccer all but impossible to play, especially at the professional level. Top national players, who have been playing games for the start of their club seasons, are soon tasked with adding a legacy-changing tournament to their calendar.

Having to change the World Cup’s timeframe around simply because the host’s natural environment is not suitable for the sport was short-sighted when the committee allowed Qatar to remain in the draw for hosting. Former president of FIFA Sepp Blatter vocalized his disappointment around Arabic countries not hosting a World Cup.

“The Arabic world deserves a World Cup. They have 22 countries and have not had any opportunity to host the tournament before,” Blatter said.

However, there is a reason that no country has been selected from that region. Rearranging the start of the tournament to begin during the middle of the European club season will — and has already — led to some national team players being ruled out of one of the biggest tournaments of their careers. Paul Pogba of reigning champions France and Paulo Dybala of Argentina have suffered injuries at the club level that will keep them away from Qatar.

In prior World Cups, when the games began about a month following the Champions League final, even those players who played in the final were typically fit to start the tournament. This year, however, players will be given about eight days to go from playing in their league matches to international games. Despite advanced sports science making injuries less likely, the risks these players are taking are immense.

The coaches, too, are left with little time to prepare their squads and make tactical decisions with their players before the group stage. For example, the German national team arguably has the most talent in the world, but the team cannot seem to find wins. Their coach, Hansi Flick, is renowned for his tactics and skill in putting his starting-11 and strategy together.

But if his squad is knocked out in the group stages for a second World Cup in a row, calls for his dismissal will come quickly from the press and fans who hope for a repeat of the success in Brazil for “Die Mannschaft.”

Qatar has other issues outside of the scheduling nightmare it has created. Every host country gets an automatic bid into the tournament, and it is likely that is the only reason the Qataris will be playing in November. Historically, this is their first-ever World Cup berth, the nation is not a sporting country in that it does not have renowned talent or storied teams on the national level. As a result, prior to now, they had no major stadium infrastructure to support a tournament like the World Cup, nor did they have the capacity to host all the fans who will travel to watch their teams play.

Recently, there have been reports of insufficient and overpriced hotel rooms in the country that has had 12 years to prepare for this moment. Fans, who for the most part go to one of these events once in their lives, are faced with purchasing hotel rooms that are out of their price range in addition to the expensive tickets to get into the game.

Their bid for the World Cup has also come at great human costs. Inhumane working conditions and constant fear of deportation and death in the work camps have plagued the construction since it broke ground.

According to The Guardian, there were about 6,750 deaths of migrant workers throughout the construction process, most of whom originated from India, Bangladesh, Nepal, and Sri Lanka. These deaths were a result of poor health and safety restrictions which were imposed because the country needed to create all the needed infrastructure which didn’t exist beforehand.

The country had no established system to track the deaths of the workers because it didn’t care about the people building its image with indecently cheap labor. Instead, the home countries of the workers were relied upon to provide accurate data on how many people perished during construction.

From an environmental standpoint, the stadiums and surrounding features are wastes of material that will only serve to increase the carbon emissions of the country that exports copious amounts of non-renewable energy worldwide.

As has happened in Brazil and other countries which host the World Cup and Olympics alike, the stadiums that were built merely for the tournament are left underutilized following the final whistle. The complexes become money vacuums that require maintenance while providing no real revenue stream for the country.

Admittedly, that won’t stop most people from watching the games. They come, after all, only once every two years.

But there is a dark underlying message in our collective viewing of the tournament this time around. Perhaps that is why the World Cup was given to the country; fans’ acquiescence for the love of the sport has done much to promote the game and forget the ugly truth. The issues of this tournament won’t diminish the thrill of the matches that are played, but the tournament itself will forever bear a poignant reminder of all that is wrong with this year’s World Cup.

Send us your pet!
Popular
Trouble in Tatnall Square Park: A feud for the Wednesday market
A Mercer student’s guide to thrifting in Macon
Annual Homecoming Lip Sync Competition lively as ever despite weather
Macon Burger Week dazzles Macon for it's fifth year
Behind the voices of Mercer game-day
Tweets by mercercluster
More
October 25 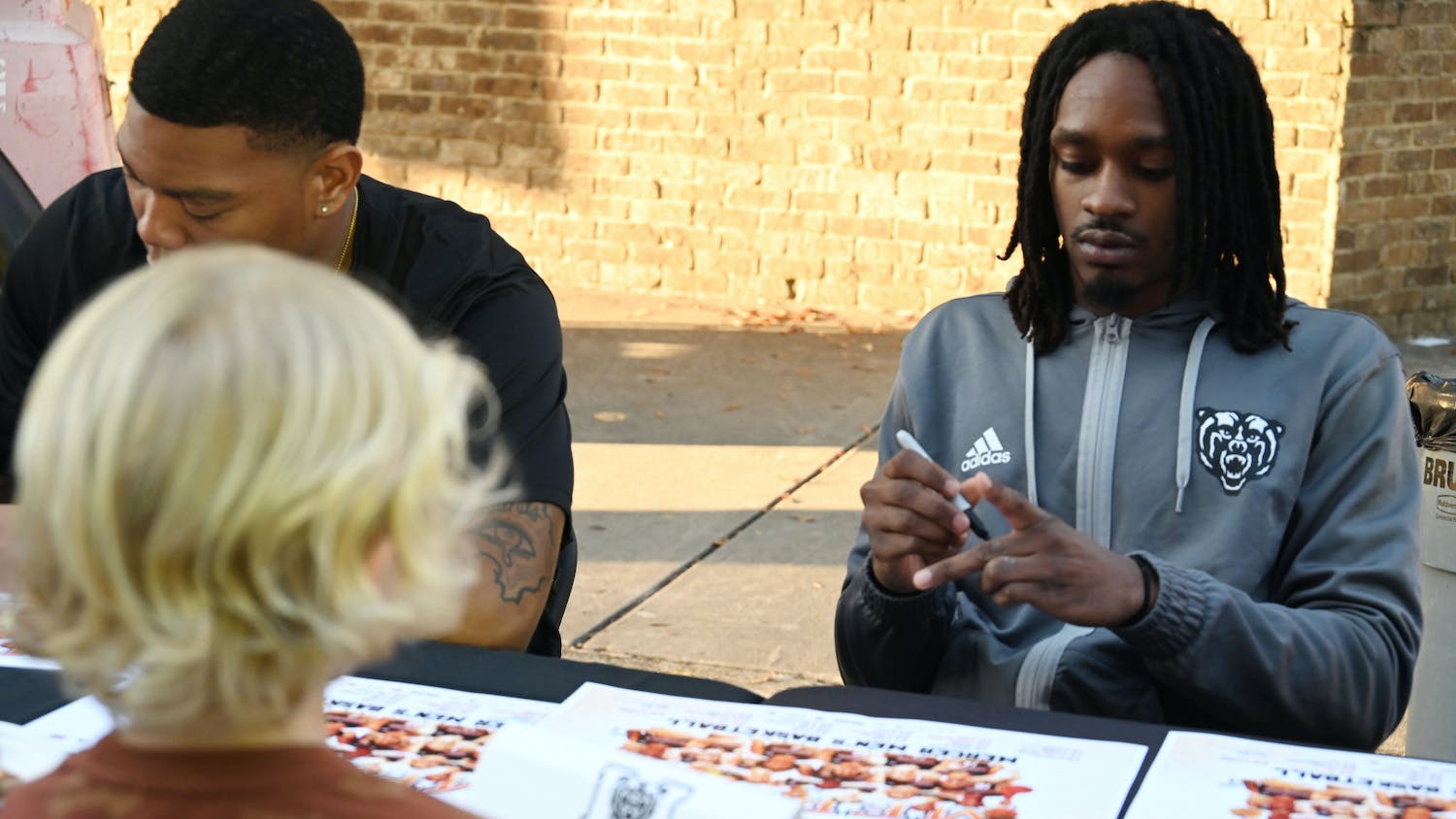 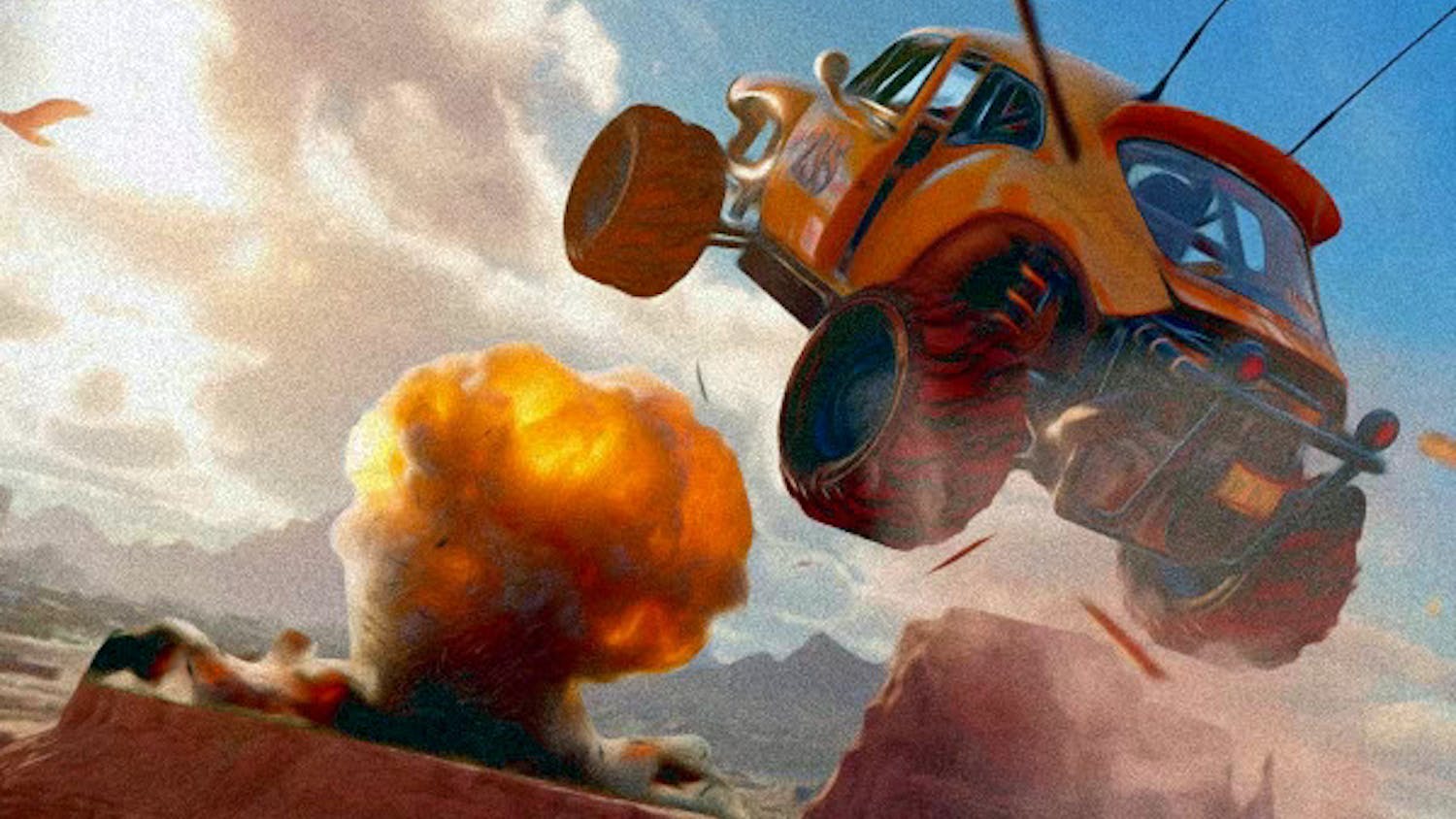